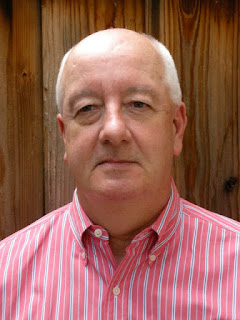 I’m an out of work English butler living in Rio Vista, California, USA.  It’s situated on the delta between Sacramento and San Francisco.  I’m a big soccer fan and golfer.  I moved to the USA in 1994 after marrying my beautiful American wife.

No, I don’t.  Stonebridge Manor is my first published novel.

I’m always asked what it’s like to be a butler, working for very wealthy people.  So, I wrote this novel.

I like getting into the flow of it and because of that I tend to write in spurts, rather than doing a certain number of words every day.

Stonebridge Manor is a murder mystery set in a huge English mansion very similar to the one I worked in.  Rather than being set in the twenties like the novels Downtown Abbey or the thirties Remains of the Day, its set in the nineties

Yes, I’ve already completed books two and three and am now writing number four.  I was recently taken on by a publishing house who will be publishing three and four and re-publishing Stonebridge Manor and book number two Prospects.  That was about serial killing brothers in San Francisco, which was inspired by the amount of missing people there are.

I think too many get caught up in theory, and they must do this and do that.  Just write the story.  Somerset Maugham once said, “There are three rules for writing, but I can’t remember them.”  I totally agree.

People can read the first three chapters of Stonebridge Manor at:   http://petercbradbury.wordpress.com/

Although I’m now with a publisher, it takes time for them to publish your work as there is a lot to it, especially before a book is published.  As an Indie author, you don’t even think about that stuff, it’s all about getting the book out first.  I will continue to support and promote other authors as long as I’m able to.  I’m now bound to my publisher’s wishes.

Good luck to everyone who has a book out there or is writing one, persevere, but tell your story in your own style.

Author Roy Murry,  Thank you for having me.

Posted by conniesbrother.blogspot.com at 12:37 PM