Review of The Fall of the Empire 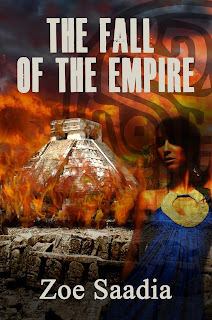 The Fall of the Empire

Most of my readers know that I’m an ex-Green Beret and have been exposed to unconventional warfare and hand-hand combat.  Where Ms. Saadia acquired this information, only she knows.  She did her research, and her battle scenes come alive on the written page.  One of the Warlords is praised for his unusual way of setting up a fight that will commence in an unconventional way, leading to many victories.


However, the story is not about warfare – its backdrop.   It’s about people, trying to stay alive in the turmoil they had no control over. A young lady of sixteen wants to avenge the death of her family and is in the process of solving it when interrupted by force bigger than her.


A young trader, who has feelings for the slave girl, is put in a position where his allegiance is opposite to that of the girl unbeknown to him.  Each becomes spies for opposing the army of warriors.  This is what propels the story forward.

Battles are fought hand to hand.  The firm with moral purpose survives in the story.  They believe that the gods are helping them, but it’s their inner strength that moves them forward.  Zoe’s has written characters who show their feelings on their sleeve so to speak.


Zoe’s young lady is the strongest of all the characters with a moral goal.  Her strength is noticed by an invading Warlord who helps her to move towards her goal to the point that he is in awe of her uncommon beauty with physical and inner strength. He noticed that she is not a slave and he was right.  You’ll have to read the book to see what she really is.

Zoe Saadia prose is well written and will keep you wanting to know – What next?  It’s a delightful tale.  Something you shouldn’t miss.

Posted by conniesbrother.blogspot.com at 7:13 AM