Review of Prince of the City 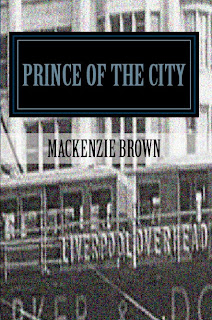 Review of Mackenzie Brown’s
Prince of the City:
The Cat’s Whiskers

Bombs are dropping, people are dying and missing, animals are roaming the city of Liverpool, England during World War II. This is the background for the start of Mackenzie Brown’s thrilling series, featuring the great-grandson of an African prince, Vic Prince.

A fast pace introduction into his new series, Mr. Brown places his character in a world of suspense that begins with a lost cat of a wealthy client and the missing son of another. Brown leads the reader on the trail of adverse events that keep him interested.

This novel is easy to read the adventure. Vic Prince tells his story introducing the reader into an international crime world of interesting characters. Hitler’s troops are planning the takeover of Europe, while the day to day living in fear surrounds and intertwines both of Vic Prince’s cases.

It’s a good beginning of a series that keeps the reader awake and interested. Mackenzie knows how to lead the reader on to his story’s twists and turn. And he leaves the reader hanging on the edge with no other choice but to purchase book #2 in this full read. Purchase:  https://amzn.to/359kxaY

Posted by conniesbrother.blogspot.com at 11:29 PM