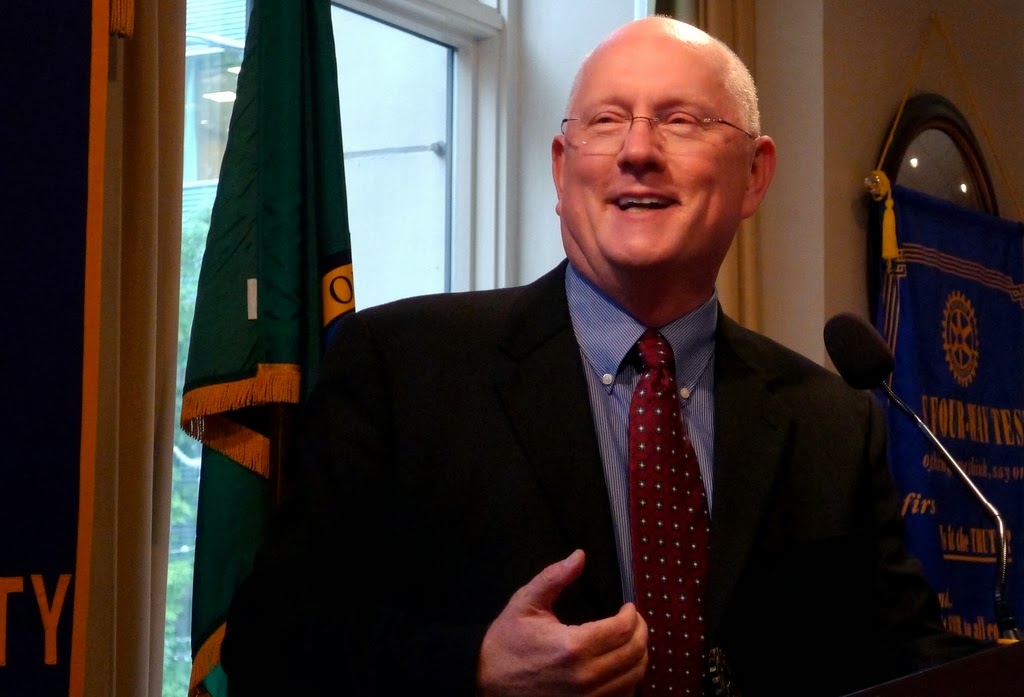 Can you tell me a little about yourself?
I’m a career police officer, having joined the Seattle Police Department forty-five years ago. I’ve risen through the ranks, starting as a teen-aged cadet, making captain twelve years ago. I still love police work, figure that I’m contributing to society, and I enjoy serving as the Night Commander, which means I’m in charge of all police emergency services when the chief is in bed—like the battalion chief at a fire department. I’ve been interested in writing since first reading Joe Wambaugh’s New Centurions, when I returned from Naval Service in Vietnam. After reading Wambaugh’s stories, I vowed I would write someday, but first I had to go out and gain police experience, developing my own stories, as well as learn how to write them in an entertaining fashion. I did just that. After several years on the street, I went back to college and graduated cum laude from the University of Washington Bothell, 2003.

Do you remember the first story you wrote?
While in Vietnam I lost my lucky hat. Knocked off my head, it fell overboard, and I watched it sink slowly into the muddy water of the Mekong Delta. I dramatized the telling of this non-event to my mother, implying that it was a best friend who had died at sea. She was completely taken-in by the story and didn’t find out until the very end of the letter that it was just my blue cap that was missing. She scolded me for teasing her, and told me that I had writing talent worth pursuing.

Were you inspired by someone or something?
When I first read Joe Wambaugh’s New Centurions and The Blue Knight, I was impressed to find an author who understood police officers and could tell our story, something people wanted to hear if told well. Joe was an active L.A. police sergeant at that time, with a Masters degree in English. I had read detective novels before this, but I think Wambaugh was the first to capture what real police officers dealt with on the street. It was much grittier than Adam 12 or Dragnet had ever been. Later, when I went back to college, a professor encouraged me to write a paper on Raymond Chandler and his crime fiction novels, and that was the spark that changed my whole perspective on what and how I wanted to write. I had been a police detective for several years by then, and I was extremely impressed with Chandler’s style and his craftsmanship in telling stories. I decided to emulate him while telling my own. He continues to be my inspiration. I think I’ve read everything he’s ever written.

What do you like about writing a story?
I enjoy the storytelling process. I write organically, meaning I don’t use an outline; I let my characters tell me their story. But as I say this, I know that I have a built-in boiler plate, knowing what is necessary for a criminal case to go to trial. For a novel to be complete enough for publication, it has to meet the same standards as a case for prosecution. All the leads must be followed, and the facts have to logically point to a satisfactory conclusion.  I love sitting down at the computer with the hint of an idea and then typing out what I’ve learned by paying attention to my characters interacting with each other. BUT—this is only part of the fun. I have since learned that there is pleasure to be had in the rewrite, while polishing the novel, if you take pride in craftsmanship. I appreciate the creation of a well-turned phrase, and I love injecting foreshadowing and alliterations, as well as metaphors and similes, wishing I could write them as well as my writing idol. I love the feedback I get when a fan tells me how much he liked my stories, and then he quotes a passage back to me that resonated with him—makes me feel like Raymond Chandler. This is probably a good point to mention that I have an art background and am a very visual person. I write hoping that my readers will see what I see, appreciating the detail that makes a story feel real to both of us.

Can you tell us about your book?
DEADLY ATTRACTION is based on two true crimes and other factual history that I discovered combing through old and cold cases, while I was the Homicide Commander for the Seattle Police Department. The primary murder involves the discovery of an attractive, young woman's body near the Green Lake walking path. Audrey Lockhart is a recent college graduate from an East Coast school and was in Seattle to visit her dying father, whom she hadn't seen in years, while on her way to Hollywood. Since the case involves a potential conflict of interest for Seattle detectives who have crossed swords with Lockhart's uncle, the King County Commissioner, private detectives Alan Stewart and Vera Deward are called in once again to help the police, something that wasn't all that uncommon back in the 1920s and 30s. Alan and Vera's skills shine as they discover clues and links to other crimes, while working with stalwart police detective, Ben Kearney, who is based on a real policeman I had the pleasure of working with during my early days in Seattle. Chasing the suspect(s) involves door to door searches in Shanty Town, as well as fist fights in Skid Row bars, gun play, and knife fights along the Seattle Harbor and waterfront.

Packed with local Seattle settings and true history, Deadly Attraction, was written to grab the reader’s attention and not let go.

How did you come up with the story?
While working on a famous Seattle story involving a vault burglary, I started crafting the back story on the main characters, which took me away from the outline I was drafting. While fleshing in Alan Stewart, I added information a friend had shared concerning the death of his dad in the 40s, dying from a beating at a union meeting. When I asked if the police had caught whoever killed his father, he said, “I think it was the police who killed him.” Since we were both police sergeants at this time on the same department, I asked how that could be, and he replied, “It was a different era back then. The department had corruption then like we’ve never seen in our careers!” Before long, Alan’s back story stretched to eight chapters, and of course it begged the questions: Who killed Mackie Stewart and why? So I followed my instincts and went with the story, letting my characters explain what happened to them. I felt like a scribe recording the story told by ghosts.

What genre best fits for the book?
I write noir murder/mystery.

Are you working on something new at the moment?
THICK AS THIEVES led to a sequel, SIGN OF THE DRAGON, and I’ve followed that with UNREASONABLE PERSUASION, UNHOLY ALLIANCE, DEADLY ATTRACTION, and my sixth, THEATER OF THE CRIME, which is due for release mid-March, 2014. All have been published by Kristen Morris of Tigress Publishing (Seattle and L.A.) who has been an absolute joy to work with. She’s been very active in the book designs, promotions, editing, and concept development.

Do you have any tips for aspiring writers?
Learn as much as you can about writing. Read Stephens King’s On Writing, Robert McKee’s Story, and everything else you can find on your craft. I started reading Writer’s Digest, and now read various blogs on writing. And as Ray Bradbury has said, I urge would-be writers to start writing and make it a habit. Bradbury suggests starting with short-stories, completing one a week, which is what he did, and it’s also how Stephen King honed his skills. I also took every college class I could find on writing or literature, because it is all about learning your craft. I’ll also reiterate what other authors have said: If you want to write, you need to read. Read everything you can and expand your taste in reading. Educate yourself.

Posted by conniesbrother.blogspot.com at 11:58 AM