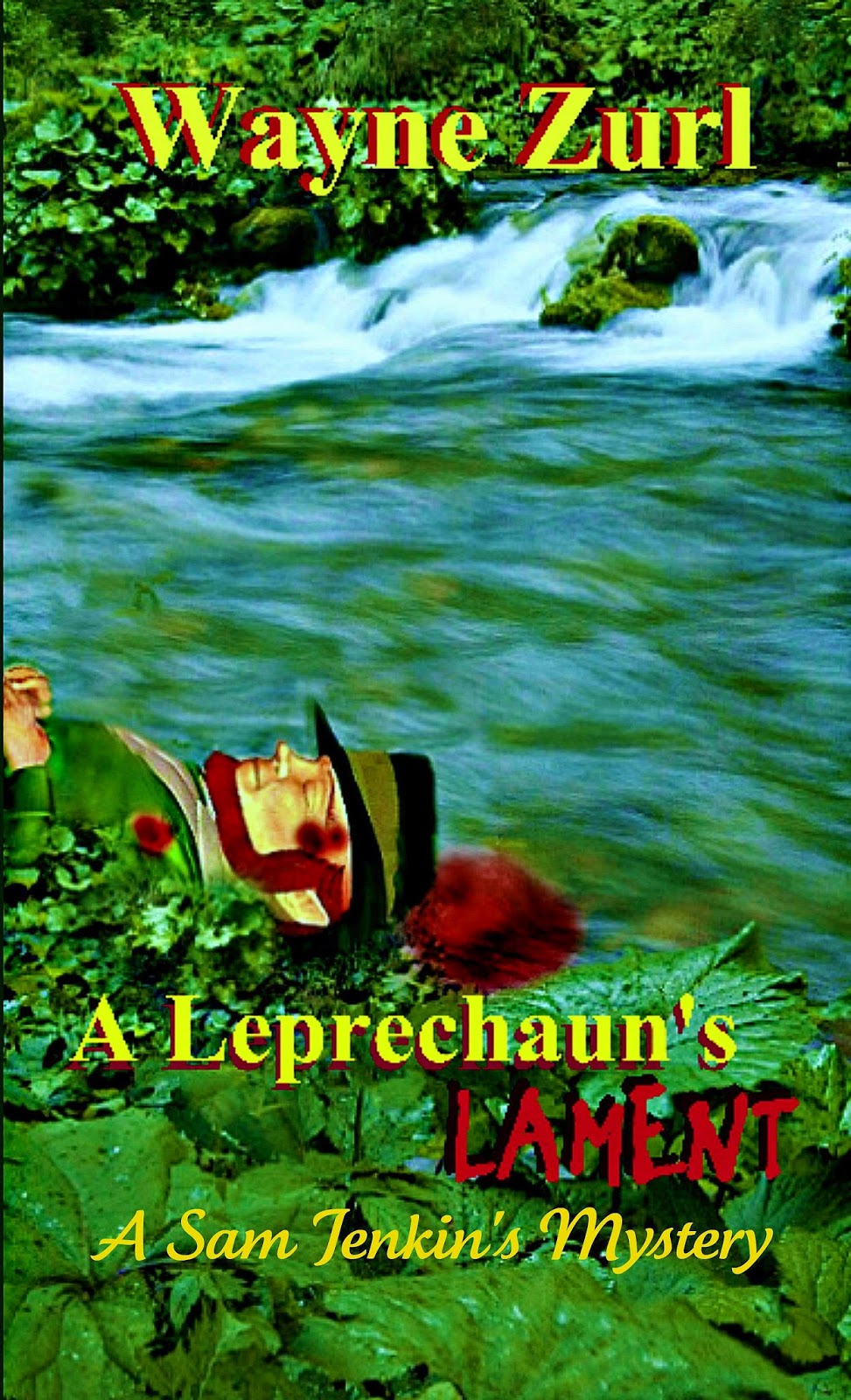 TV’s Law and Order, Castle, and Bones - look out here comes a Sam Jenkins’ mystery TV series, my opinion. I’m too old to play Sam’s part, but I’d love to give it a go.

All four endeavors are police work at its finest, using cognitive and deductive knowledge to unravel a mystery that landed on their door steps. Whatever the criminal case it is to decipher, each series methodically go about the business of getting the job done.

In Leprechaun Lament, Wayne’s small town police chief with big city detective training, encounters an administrative problem he must complete to comply with the federal government’s requirements – security clearance for all town’s employees that work close with the police force.

It’s easier said than done, when it comes to one long time employee, who isn’t up front with his background. Sam, the chief, is up against the wall when the mayor overrules him and lets the employee be reinstated even though his history is not collaborate on any level – he doesn’t have a driver license for God Sake and he’s the town’s mechanic.

A body is found and it’s this leprechaun liar, a short elderly man of dubious Irish background. Now, Sam has more than a security clearance to approve. He has a criminal case to solve.

Sam’s personality, street knowledge, and his connections help him in his ability to follow leads another may over look. He is not Sherlock Holmes, but logic is his trade mark in resolving the mystery at hand.

Mr. Wayne Zurl writing with its home grown Tennessee humor mixed with NYC sarcasm will have you laughing. But when it comes to police procedure, his writing is on spot, according to me a police TV series nut case.

His links and more detail of his novels are below in his interview: http://bit.ly/1mscyNm

Posted by conniesbrother.blogspot.com at 10:52 AM