How Bridge McCoy Learned How to Say I Love You 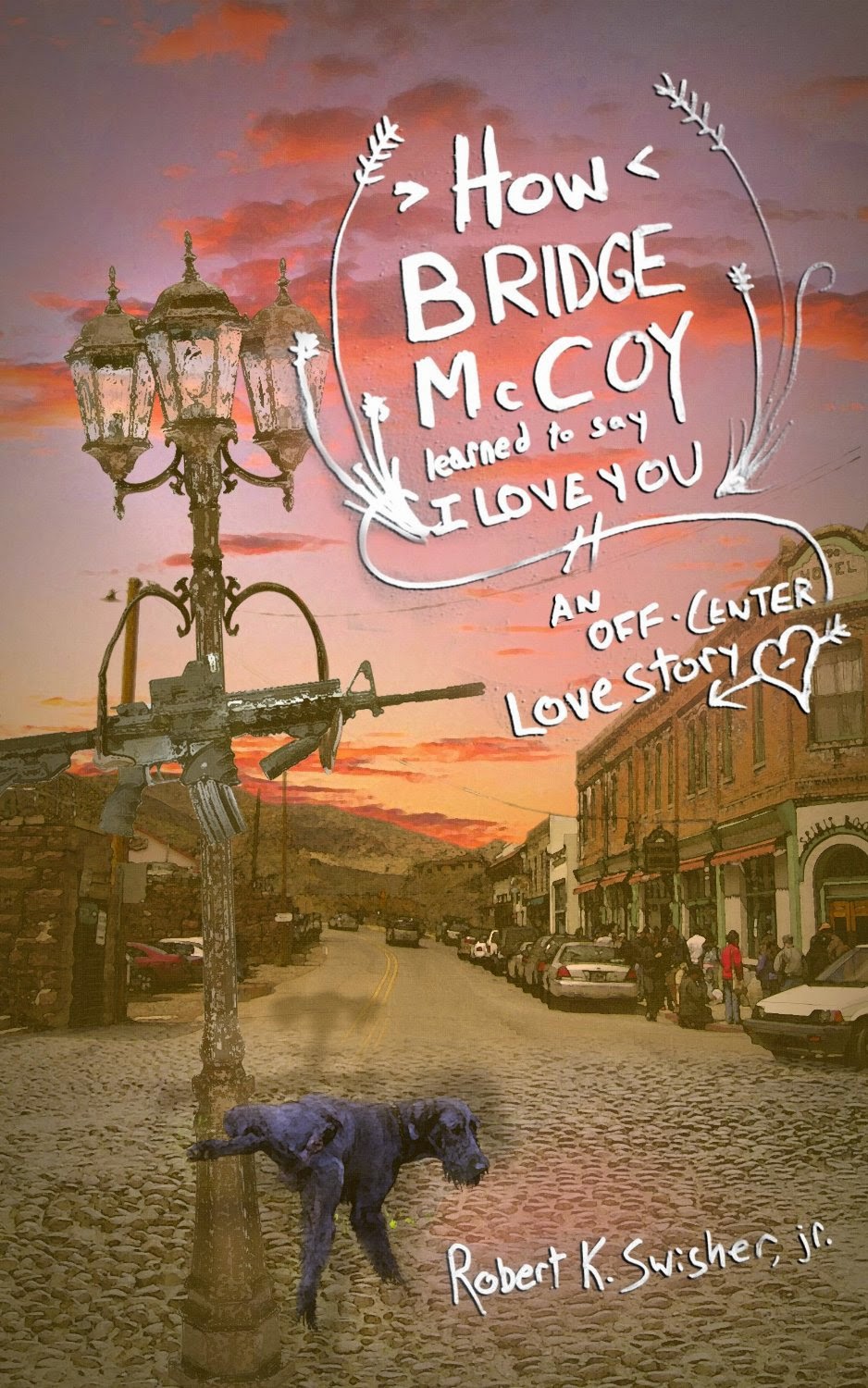 How Bridge Mccoy
Learned to Say I Love You

If you walked two steps forward and one step backwards, as you strolled through life, would you feel complete? Bridge McCoy did until events changed his perspective of life.
An author living in a small town and his life embedded in a small art district, Bridge finds himself in an uncomfortable position. He has fallen in love with the 185 pound hippie coffee shop owner, Vivian.  She and all who have befriended Bridge know him as an author who drinks his coffee BLACK and his beer in a cold glass with lime.

This is how he lives his life without additives, complications, or popular entertainment. He is a straight forward sarcastic and friendly drinker who writes for his pleasure, but is published and sells his books and other’s art in his shop where he feels complete.

When falling in love with his angel Vivian, he has one minor problem. Even though he is a writer of words: verbs, adverbs, nouns, etc., he can’t say the important ones to Vivian:  I I I I Lo Lo…, which is the center of this off center novel.

Make certain your funny bone is in shape, because if it isn't you’ll be hurting after many lines, chapters, and verses. I am still thinking about a line. I’ll let you find your personal best line and not give you mine.

I relate to Bridge’s predicaments and diversions, because I am an author of like kind. However, any reader with an inquiring mind will enjoy this read and laugh on and on, while reading the Dark Love Story.
Purchase at Amazon: http://amzn.to/1rFXzmS
Posted by conniesbrother.blogspot.com at 3:50 PM No comments: 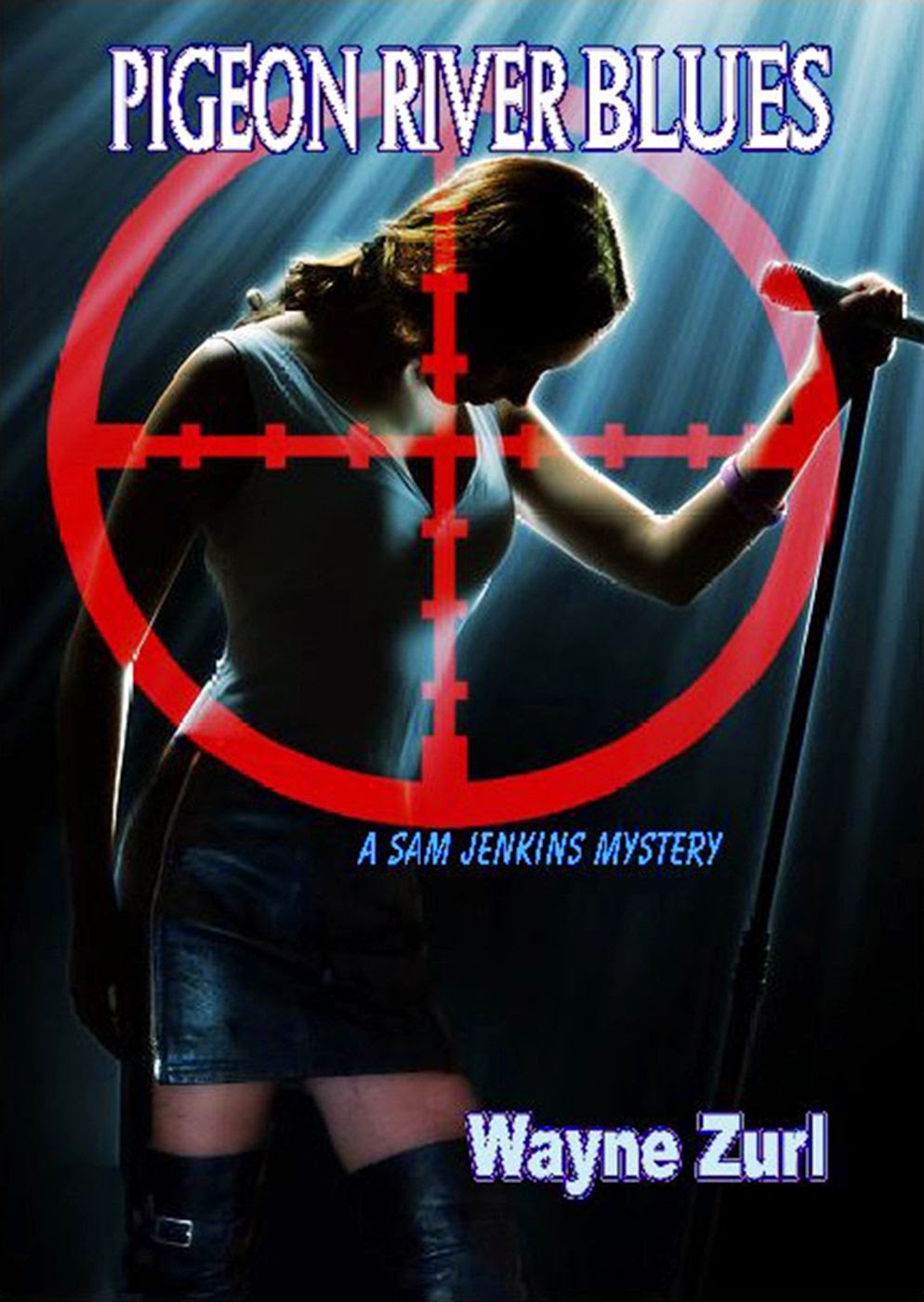 A small country town in Tennessee, USA, has a celebrity C.J. Profitt who sings the Blues to her hometown friend the mayor. She is being harassed by some people that don’t like her life style; and she has asked the mayor for protection.

The mayor volunteers a non-Volunteer, ex New York City detective now Chief of Police, Sam Jenkins to be her security while she is in town and doing a gig up the road at Dollywood for charity.  Sam is unlike a Robert Downey, Jr.’s Sherlock Holmes.

He is sociable and charming.  Using deductive thinking, compiling information from his contacts in the FBI, military, and media, he pieces together the - who, what, when, why, and how an event will literally blow up the charity at Dollywood.

C.J. Profitt’s history as a Country Western Singer is the center of why this event was nurtured, festered, and put into motion. Sometimes it’s the people you hurt that comes back to haunt you, as it is in this novel.

Sam Jenkins police work is the propelling motion of this fast pace read. Sometimes comical and witty, his style works on the written page.

If you like police TV dramas, this book will be as intense but more enjoyable because of Wayne Zurl’s spiffy character Sam.

Notes:
Tennessee is called The Volunteer State because they were the first volunteer in the War of 1812, another story.

Dollywood is in Pigeon Forge, Tennessee and is the home to Dolly Parton’s Country & Western theme park.

Posted by conniesbrother.blogspot.com at 2:19 AM No comments: 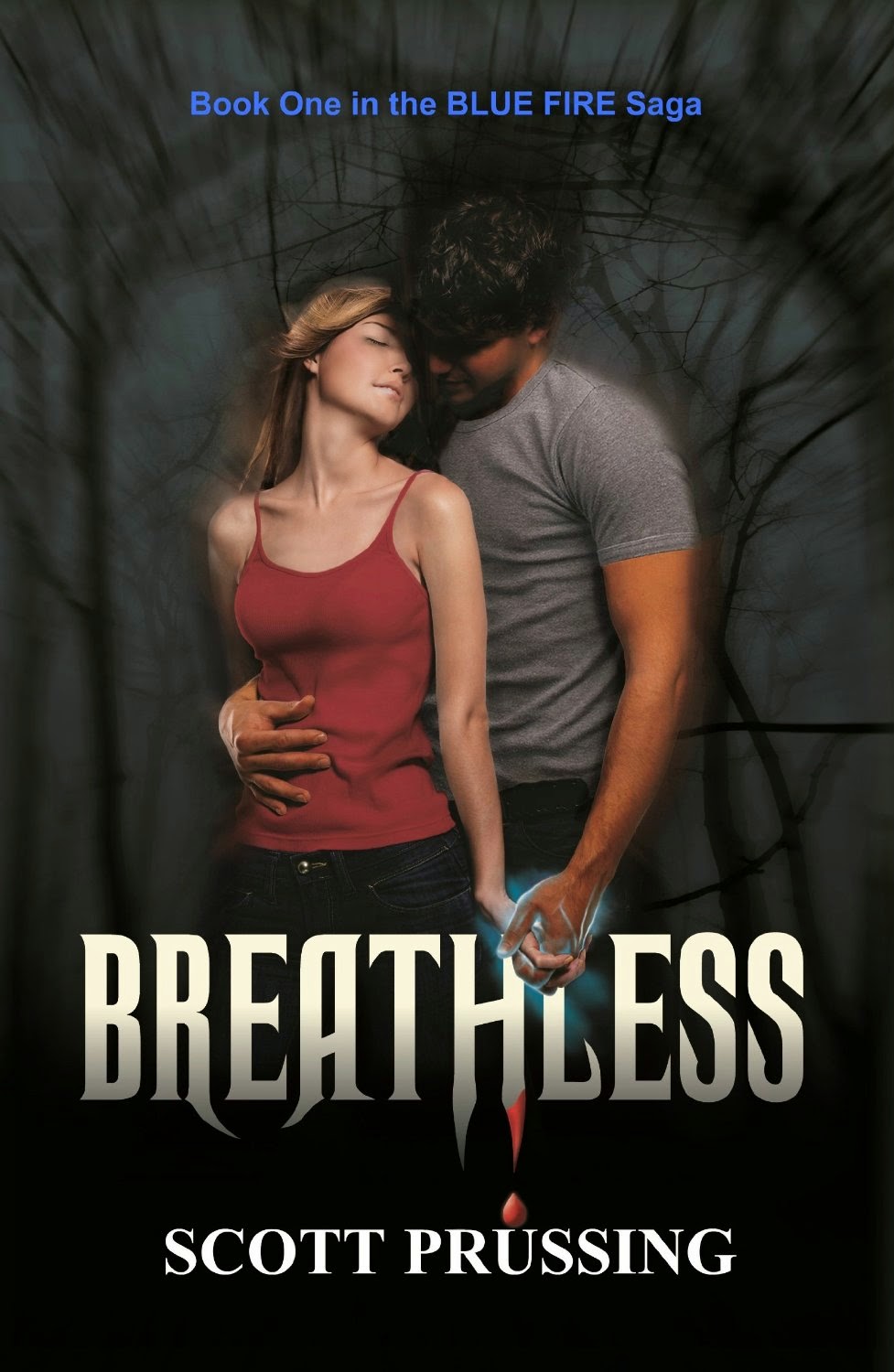 The world of the Vampire was opened up to the public with the novel written by an Englishman in the 1800s. See my +Bubblews article: Vampires are real? http://bit.ly/1u9vWj8

Breathless is one of those novels that if you are a believer in Vampires, you may learn something new. If you are not, you will have an enjoyable time reading about a world that has become a popular diversion from reality.

Leesa is a normal teenage girl going off to Weston College for her freshmen year. The only difference between her and others is her relationship with Vampires – ones with two fangs and ones with one fang. See notes below.

She has two suitors after a few weeks at college. One is a Vampire and the other is Volkaane. She falls for Rave the Volkanne. However, Stefan, the Vampire, has other desires for Leesa to full fill and has a trump card – Leesa’s brother Bradley is a feeder for another Vampire.

You know there is a predictable clash coming between Rave and Stefan to end the story. It is not what you or I would predict though. It’s something off the wall. I’ll just say it is Stefan who has the final say.

This novel is well written and does keep the reader’s attention – Believer or Not. Some twist and turns, but straight forward reading.

Volkaane: a being that is full of Blue Fire. He is a Vampire hunter.
Grafhym: a one fang Vampire who is much weaker than a two fang one. His blood is tainted.

Feeder: a human who is used as a blood provider for a Vampire.

Funniest line in novel for me was: Leesa comes clean with her best friend Cali at college and says, “Stefan is beautiful but a little strange.” Cali replies, “Of course he is a bit strange – he’s a freaking Vampire!”

Posted by conniesbrother.blogspot.com at 2:14 AM No comments: