Review of On The Rails 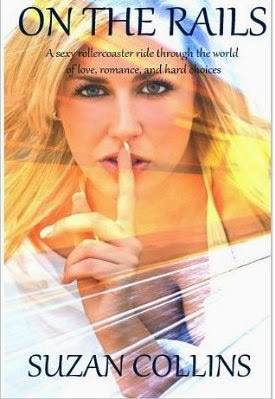 The tedious and boring function of taking the train and then the subway (Tube in the UK) consecutively, is interwoven into this story of a woman named Nikki, whose quests is to find her soul mate. She has found him and commits to a venture that requires her to commute into London from her country home each time his sponsored charity’s organization needs her to be at meetings.

This feat happens three to four times a week – three to four hours each way. It’s a trip I would not undertake myself for any reason, never mind for love.

Nikki has money and time, because of an event that broke her heart and she is trying to fill that void by Volunteering. She tells her friends that the trips aren't bad; because she gets the charity’s work done while riding the rails.

She connects with the man of her dreams, a man she flirts with, and a man who wants her. Those storylines and that of a commuter’s trials and errors in trying to get from point A to point B are incorporated into what the author calls a Chick Lit. Adventure. There is romance, but I feel too much traveling.

The traveling back and forth seems overwritten at times, but it is the glue that brings Ms. Collins’ story forward because it is here we learn about how Nikki is coping with the world around her and the romances in her life.

To find out about those romances and how she deals with them and her traveling experiences, I recommend this adventure which will take a few sittings to understand all of Nikki’s rail adventures. Take the book on a long train ride or many trips in the Tube. It will be enjoyable that way.

Posted by conniesbrother.blogspot.com at 12:02 PM