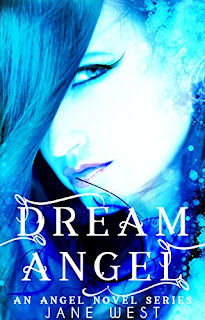 The concept of some mysterious elite controlling the world order using their wealth to reach their goal has been around for millennium. In Dream Angel, a teenager who has been on the run from the unknown, direct by and with her mother, arrives in a small town after many moves.

Stevie, her nickname, arrives at school meeting a new group of people. One, in particular, a young man who is different from all the boys she has ever met. He drives an expensive car, listens to classical music, talks in strange medieval speech, and is gorgeous.

Their encounters reveal that Adrian, his name, is a cut above the others. He is rich, commanding of presence, and mysterious. Stevie is falling in love, but at what cost. He is part of a world that she believes that she could never be a member.

Here is when the fun begins: Unbeknown to her, she is a member of his society because of her dead father's bloodline. This revelation comes to the forefront during one of Stevie's and Adrian's meetings.

She is the chosen one (Dream Angel,) and he is her soulmate and destiny. To get to the climax of their fusion is a relationship rollercoaster ride that has turns you don't anticipate from beginning to end.

The novel ends with an unforeseen twist that will have the reader asking for more. Luckily there is a Book 2 in the saga Dark Angel.

Posted by conniesbrother.blogspot.com at 4:26 AM