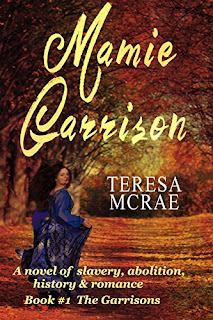 The underground railroad and slavery in the United States of America are stories we Americans know as part of our history, but few are connected personally. The narratives are scant, and not many are brought to light the way Ms. McRae has in Mamie Garrison.

Using a present-day event, a house left to a grandchild becomes the uncovering of the early inhabitants participating in freeing humans from their enslavers. A young lady finds Mamie's journal, who risked her life and that of others to help slaves into the northern USA.

The people who were enslaved and those who helped free them went through are impelling life change. Using Mamie's journal read by her relative, this preamble to the Civil War comes alive.

Going back and forward, the reader tells her story of meeting a man who helps unravels some mysteries related to Mamie, the slave trade, and how the adjacent properties' occupants were involved.

Ms. McRae has done an excellent job of bringing the reader into a tale that lives on through the journal readers' eyes and unique abilities. The writing is clean, engaging, and believable. I'd recommend reading on to Book 2.


Posted by conniesbrother.blogspot.com at 2:25 PM No comments:

Review of The Smuggler's Gambit 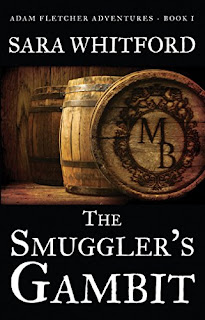 This first book of the Adam Fletcher Adventures I picked from a list because I like the word Gambit. Those who play chess know the importance of planning one's moves (Gambit) before playing and changing it to your advantages to produce the result desired, that being to win the game.

In Smuggler's Gambit, Adam is a young man full piss and vinegar, seventeen, who gets in trouble with the lawyer defending his mother's honor. Forced into an apprenticeship, he becomes a pawn in a game he is too young to understand, smuggling.

A criminally minded man, who makes the first move, using his popularity posture, leads Adam into a deadly game of life. His ward is a respectable smuggler, considering the historical period before the American Revolution when the King's subjects disliked his taxes in which the story evolves.

Adam's resolves his confusion between the two men and makes an unorthodox move that gives the upper hand to the criminals. Through ingenuity, Adam's near-death experience after a happenstance with those undesirables is his last adventurous move that gives him and his new family a checkmate.

The game was played well by Adam with little experience in such matters. The Smuggler's Gambit is a must read to start the series. 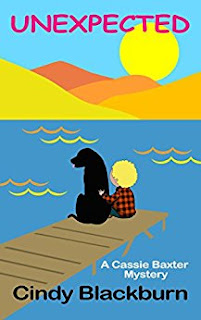 Cassie-Baxter, a history professor, has become one of my favorite characters; and the people surrounding her are interesting as well. She, going through her normal work week and interactions, seems to come up with the answers to a mystery that no one else can see, including law enforcement.

In this case, someone is dead from a car accident near the lovely lakeside town in which she and her Si-Fi writer father live. Cassie receives an unusual task which presents problems. With much confusion, a child who has secrets as to what happened comes into her family’s care.

Blackburn’s writes into the core story secondary fun adventures produced by Cassie’s father and next door boyfriend neighbor that enhances the central mystery. They are enjoyable and move the characters and reader to determine who-done-it.

The writing is well thought out and easy-going, flowing along with few bumps in the road. You’ll laugh and like the tone that leads you to an explosive ending. Then all is calm for the Baxters plus two in Lake Elizabeth until a new mystery comes to a calling.

Posted by conniesbrother.blogspot.com at 9:07 AM No comments:

Review of Dead over Heels 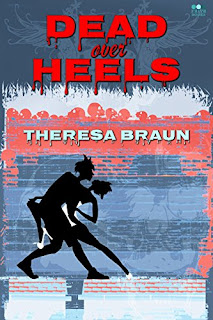 Ms. Braum has written a compelling situational paranormal thriller that will chill your bones if you believe such phenomena. Using a couple who just met, she weaves a story with a twist I didn't see coming.

A man and a woman meet for their first date at a restaurant where, after chitchat, they encounter a strange occurrence which snowballs into the woman's psyche. What she believes infects her mind into plausibility leading to an adverse action.

The man, who has fallen in love as she, goes back to the restaurant at her bidding. He becomes overwhelmed with the situation and wants to move in another direction.

After a short separation, she convinces him to meet with her. This meeting culminates love stories one will remember if they read DEAD over HEELS.

Posted by conniesbrother.blogspot.com at 7:26 AM 3 comments:

Review of What Haunts Me 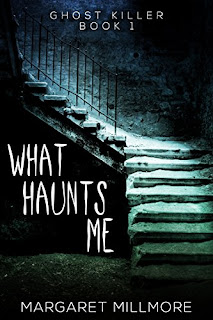 Do you believe in Ghosts? Then this entertaining story of Ghost Killers will keep you enthralled and engaged from page one of this book one of a series.

The story is brimming with different variations of the scary, spooky, and helpful kinds of spirits. The characters and the ghosts are well developed into a plausible conflict that comes to a peak.

The two main characters were brought together by their ancestors to fight against a villain and are in a "Love and hate situation." Whether their union will continue depends on the conflict with this powerful and wealthy adversary.

Ms. Millmore seems to have done much research to put this ghostly background into a believable and likable adventure. Book two is on my list because I had fun reading her pleasant diversion.