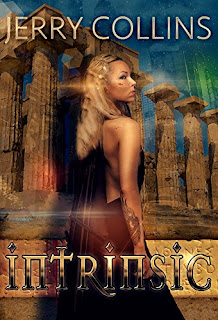 
The Creator has a problem that he created in the name of Derideon (The Devil.) After numerous efforts, Derideon's army is about to rise again in the 20th Century with the help of one Kragon, a powerful sorcerer.

Unbeknown to Kragon, he is being used by Derideon. Kragon does not know that he comes from a long line of Good Sorcerers. The Lineage is presented to the reader, but Kragon is concealed from those facts.

With Kragon’s help, Derideon may rise again. Only time will tell because this seems to be the first in a series.

I found the book a bit wordy but fun to read. Mr. Collins lofty prose seemed to indicate the higher level a spirit like the two mentioned here in this review. It is at above us mortals - they talk an elevated level above ordinary people.

The Bible's Old Testament type of godly killing of innocents is prominent for the promotion of world power by both sides of these fictional prognostic characters, interestingly put together.

If you like pure action, this is for you.

Posted by conniesbrother.blogspot.com at 3:32 AM