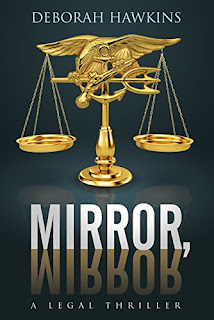 Jeff, a big-time lawyer, past brings him down to earth. He loses everything because of it even though he claims the charges are false.

It seems that the legal world is one hundred percent against him. Jeff's life is turning upside down but being the fighter, he is, he muddles through and gets a plum case on his own against the people who brought him down.

The case and the people change him for good, leading to many conflicting emotions. He is a different man after a rollercoaster ride psychologically.

This change brings the reader to a surprising conclusion in a thrilling court case that one did not see coming. He finds out who genuinely cares for him.

Some of the main characters are prime for a sequel. The twist and turns of Jeff's existence in this novel will keep you awake all night as it did to me.

I enjoyed the writing much. Purchase:  https://amzn.to/2KmjH1n

Posted by conniesbrother.blogspot.com at 2:06 AM