Review of THE SOUL OF THE WORLD 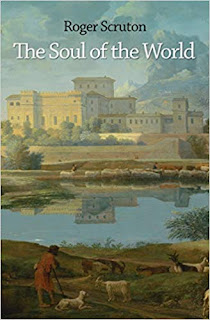 The Soul of the World

Nothingness is on the other side - death. Therefore, should we believe in a monolithic god or just faith in one?

This and other questions of personal relationships, moral intuitions, and aesthetic judgments to light in this exceptional understanding of the world in which we live.

Sir Roger has gone into his "Nothingness," on January 12, 2020, with his passing over into another realm. He died — this book published in 2016.

In this lecture driven book, he outlines the journey us humans take in this time on earth - how we commune, how we think, and our thoughts of death and a higher power's participation in it – sacred vs. atheism. You have to be a bit of a philosophy scholar to understand his dissertation fully.

At times, his writing had me at a disadvantage, but his examination of human beings and their relationship with each god made sense.  Kant and Sartre’s philosophies drove home his points of observation at the end of this long read.

Sir Roger's explanations of the human mind, using his cognitive dualism, helped complete part of my life's journey. We will meet him in Nothingness soon enough.

Posted by conniesbrother.blogspot.com at 12:18 AM No comments:

Review of The Irish Cottage

Elizabeth, a persuasive, successful litigator's surrogate mother, dies, and Beth, as she is known, goes to Ireland to contemplate her future. She takes seven letters from that mother to read on her journey.

She meets Connor, and with the reading of those letters and fate, their involvement goes up each level after an instructive template of life. Each person has their psychological baggage to overcome the love affair.

Connor's friends are amazed at his change; Connor is overcome at Beth's transformation from the first day they met.  Both adults mend together physically and emotionally to the edge of saying,
'I love you.'

The ending of this journey is uplifting and will leave the reader wanting more when Beth leaves for London to full fill a quest, and Connor goes on an extended business trip.  I believe they will meet again in The London Flat, book two. I could be wrong, but...

Book one is an excellent hook into book two. You'll love it.


Posted by conniesbrother.blogspot.com at 2:11 AM No comments:

Review of A MATTER OF TRUST 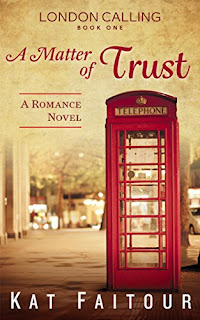 This romance novel was like foreplay from cover to end. Bennett of his namesake company Sterling International has hired Devon, a beautiful, intelligent woman to work for his company after Human Relations gave her a top approval rating.

One look, and he put his stamp of approval. The company is based in London – she is USA American; he is English.

Sparks in his brain or his loin attracts him to her and vice-a-versa. He, however, does not have relations with employees since one betrayed his trust in a past relationship.

He wants her; she wants him plays out for most of the novel.  She is confused, and he is not. He plays games with his intentions.

Emotions conflict between the two. Those go on until a family cohort of hers interjects himself into the business sexual relationship with a game that could prove Bennet's untrusting ways with women he cares.

The relationship arrives at a conclusion that may be resolved in Book 2 of the series. I may read that endeavor.