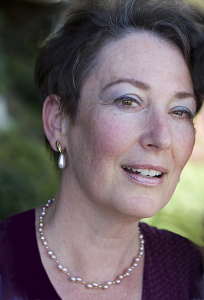 Interview with Uvi Poznasky
Author of Apart From Love
Interviewed by R. Murry
Can you tell me a little about yourself?
I am an artist, a poet and a writer. In the past, my professional life has undergone several changes, as so many of us are experiencing in this day and age. I have a master of architecture from RPI in Troy NY. Later I have earned a Master of Computer Science from the University of Michigan. I love to extend my skills, reinvent myself and find out the common areas between different disciplines.

Can you tell us about your book?
My novel, Apart From Love, is an intimate peek into the life of a uniquely strange family: Natasha, the accomplished pianist, has been stricken with early-onset Alzheimer’s. Her ex-husband Lenny has never told their son Ben, who left home ten years ago, about her situation. At the same time he, Lenny, has been carrying on a love affair with a young redhead, who bears a striking physical resemblance to his wife--but unlike her, is uneducated, direct and unrefined. This is how things stand at this moment, the moment of Ben’s return to his childhood home, and to a contentious relationship with his father.

The story is told from two points of view, Ben’s and Anita’s, which gives me an opportunity to illustrate how the same events, seen from different angles and through difference experiences in life, are interpreted in an entirely different way.

How did you come up with the story?
Over a year ago I wrote a short story about a twelve years old boy coming face to face, for the first time in his life, with the sad spectacle of death in the family. Stunned, Ben watches his father trying to revive his frail grandma. Later, Ben attempts the same technique of mouth-to-mouth recessitation, on the fish tilting upside down, dying in his new aquarium.

I set the story aside, thinking I was done with it. But the character of the boy, Ben, wouldn’t go away. He started chatting incessantly in my head, keeping me awake at night. So I asked myself, what if I ‘aged’ him by fifteen years? Would he still admire his father for ‘blowing life’ into the old woman--or will he be disillusioned at that point? What secrets would come to light in the life of this family? How would it feel for Ben to come back to his childhood home after a long absence, and have his memories play tricks on him?

What if I introduce a girl, Anita, a redhead who looks as beautiful as his mother used to be--but is extremely different from her in all other respects? And what if this girl were married to his father? What if the father were an author, attempting to capture the thoughts, the voices of Ben and Anita, in order to write his book?

Just asking these questions had an immediate affect on Ben: as if a page has turned, he grew up into his new age—but then, somehow, he forgot to mature... So the process of writing became, for me, simply listening to him, and to Anita, and trying, as fast as I could, to capture their thoughts. They chatted with such intensity! I wish I could record everything they said. After a full day of writing nonstop, just before my eyes closed, I would hear Ben whisper something in my ear, and promise myself I would put it on paper next morning—only to find the phrase gone by the time I woke up.

So, to slow down the chatter I would throw some obstacle in my characters’ way, and let them ponder how to find their way around it. This, I found, was such a fun method of developing the story, and it allowed the plot to twist and turn in unexpected ways.

Are you working on something new at the moment?
I am currently working on a book that will include poems by my father, who passed away at the age of ninety-four, as well as my own poems and stories inspired by his life. Home. Here is a poem I wrote; it will be on the opening page of the book:

Sucked in by a force, I'm flying through a tunnel
The tunnel of memory that leads me back home
The past blurs my present, so my vision is double
Walls of my childhood curve into a dome

From here I can see that home, tilting
And falling from place, all the lamps are aflame
My father's empty chair is slowly ascending
Tipped by the light, outlining its frame

Do you have any tips for aspiring writers?
Read your work aloud, first of all to yourself, so your words will flow in the rhythms of your voice and breathing. You may even tape your reading, and listen to it afterwords. Then, read it in front of an audience. Listen not only to their comments, but during the read, listen if they gasp in the places you wanted them to gasp, if the laughed and cried where you intended the text to move them.

Then go back to the drawing table...

Which authors inspire you?
Surprisingly, I find poetry to be the greatest influence on my writing: I appreciate the nuances, the overloading of words, and the musical rhythms used in the poetry of Edgar Allan Poe, the sonnets by Shakespeare, and the lyrical descriptions of Virginia Wolfe, to name but a few. I love The Adventures of Tom Sawyer by Mark Twain, Crime and Punishment by Dostoyevsky, and  Catcher in the Rye by J. D. Salinger, for their expressive use of ‘stream of consciousness’. I love reading the work of great playwrights like Arthur Miller and Tennessee Williams.

Where can people find you on the internet?
I invite you to visit my website, which is organized like an art gallery, with bronze and ceramic sculptures, paper sculptures, oil paintings, watercolor paintings, poems and short stories: http://uviart.com/

Also, stop by my blog, which is organized like a diary where I post almost daily, discussing anything that goes through my mind that morning--be it a poem, a story, a paper engineering project, a birthday cake designed as a chess board, advice on publishing and writing, and the latest news and reviews of Apart From Love:http://uviart.blogspot.com/

Posted by conniesbrother.blogspot.com at 9:14 AM