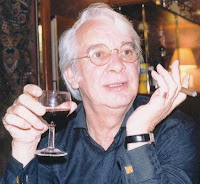 Can you tell me a little about yourself?
Rags Daniels was born into a working class family, the second of four children in Salford, 1944.  He migrated South 1956. Wild and curious, he ran off to London where he met the majority of the characters he writes about.
The swinging sixties and early seventies played a major role in his insatiable thirst for adventure, and against a backdrop of mini-skirts, mod’s, rockers and Muhammad Ali, bore witness to an era of crazy fads, culminating in Britain’s first ever woman Prime Minister in 1979, of whom Lord Acton said, ‘Absolute power corrupts absolutely,’ and by the end of her era.
Thatcher was case in point. And while the Nation paddled through rubbish, bodies unburied, strikes, power cuts, spiraling inflation, limited working weeks, abysmal production, etc. etc., the real money was going into the pockets of fraudulent corporate boards and City Yuppies. Groomed to Kill, his first book was written against a backdrop of inner city poverty and tells of lad who became a government assassin.
He worked in Norway on timber frame construction where he met John Millen a naval architect who designed Pearl Harbor after the war. Became a ‘minder’ for his mother-in-law both on and off his motor yacht in which he and his wife toured the world. Returned home, attended Brunel   University and passed I.O.C.W. (GB) Inc. exams.
Then he worked for Borough Architects Dept. He resigned, then got married and built his own house while running several companies. After constructing a steel mill in India and a tiger compound in Nepal for the World Wild Life Trust.
Widowed, he returned to writing and investigative journalism…It is from his diaries of the 60’s and 70’s he wrote POLICY, creating a fictional account of one such tale of political intrigue, and one for which he was interviewed by MI5.
His book Lallapaloosa is currently being scripted for the silver screen. He now resides with his son, an A level English teacher, and Roxzan, his 13 year old adopted granddaughter.

Were you inspired by someone or something?
I was asked by a local newspaper to do reviews on local musical talent, and it escalated from having my own entertainment column, to writing a mixture of fact and fiction….Or ‘Faction’ as I call it. ‘Lallapaloosa’ is a case in point. It took a year to write including very lengthy research into the subject, and is told in flashback.

What do you like about writing a story?
I like the solitude. I write facing a blank wall to avoid distraction and to maintain ‘the flow.’  Because once I begin, especially with dialogue, I tend to live the part. I even go to bed with a notebook in the event I get a flash of inspiration and need to make a note of it.

Can you tell us about your book?
October 8, 1967, 'Che' Ernesto Guevara was executed... Or so the world believed.
Inspired by a true sequence of events, ’Lallapaloosa’ tells in flashback the story leading up to the betrayal and 'capture'  of the world’s most famous revolutionary and master of disguise.
Original,  fast moving, and atmospheric to the last whiff of  a Partagas cigar, it begins thirty years after the event with a series of sinister murders against a fraternity of retired mercenaries who, having fought alongside 'Che' in the Congo,  grouped for one last mission in the jungles of Bolivia.
For thirty years, Richard Strang, thought he shared the world’s best kept secret with no one.  Then one summer evening, the tap of a blind man's cane, and a nose for the toasted Cuban leaf, changed all that.

I’ve been asked to do sequels to two of my books, and am considering both.

I’m lucky, all my kids have grown up (except one) and fortunately she enjoys writing too, so we both appreciate the solitude and silence that enables one to concentrate. Never be afraid to edit one’s work and to go on a crusade of  erasing seemingly cumbersome passages. It’s not the word count that matters, it’s the quality.

In the words of Michael Caine: ‘Not a lot of people know this’…But I’ve had three strokes, and the fight backs have kept me compos mentis. ‘Foxy Lady’ has just been released, and is a rewrite of POLICY with the following footnote.
Footnote:
It has since been discovered that almost 20 million pounds of Party funds have gone missing, and which I understand are still in an offshore account controlled by Sir Horace Duncan and the former Prime Minister. And that the former Prime Minister stood up for Sir Horace Duncan, when information was passed to the PM by the Security Services in relation to Sir Horace’s activities. It was only after considerable pressure was put on the PM that Sir Horace was removed  from his post before information leaked out.
It is now being assessed for scripting for a two part TV series.

Posted by conniesbrother.blogspot.com at 2:03 AM