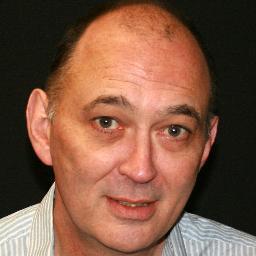 Can you tell me a little about yourself?
Hi Roy. Thanks for the invitation.

I was born about 12 miles outside Belfast in 1960 and grew up throughout the Northern Ireland ‘troubles’, and yes, I’ve seen a couple of bombs go off, but I was never injured.

My dad owned a garage and a taxi/bus company and from a very early age I worked on the cars in the garage and served petrol at nights. Some of the taxi drivers had their own illegal guns for protection and fights were a regular occurrence with drunken customers who thought that they were entitled to free trips as they were ‘connected’.

Secondary school was at the height of the bombings and the school was constantly out with ‘bomb scares.’ I started reading at a very early age and never stopped. School wasn’t my thing and I left without any qualifications to be a truck mechanic. I was very good at the theory but didn't like the actual work. When a job was finished the journey man had to write-up what was actually done and one day I was given the task of writing the job sheet and he got so much extra time that he called me ‘the author’.

I had an idea one day to publish a bridal magazine, and to this day I've no clue where that came from. I published it for 3 years before selling it and then went on to run a yearly national bridal exhibition, which was eventually sold as well.
I’ve been self-employed since 1980 running a video shop, garages, car sales, various mail order companies and currently a wedding business. Good times and bad times. Been very rich and been bankrupt.

Do you remember the first story you wrote?
No. I’ve no idea. I always knew that I would write something, but never knew what. When I started the bridal magazine I wrote the contents between 11pm and 5am. That just seemed to be what worked for me at the time.

Were you inspired by someone or something?
Reading really bad writing, where the author tries to impress with unusually large words that involve the dictionary a lot, turned me off. What’s the point of trying to read a story that intentionally tries to impress/confuse you? It ruins everything. So, I started writing simple short stories.

What do you like about writing a story?
Finding out just what the characters intend to do. I start with an idea, write ‘once upon a time’, and go from there. Once it’s started, ideas come from all directions and I just try to sort them out. It’s a bit mental.

Can you tell us about your book?
I wrote ‘Valentine’s Surprise’ three days before that big day last year. It was based on a simple joke that I expanded on. One of the characters was based on a real friend, so I had to invent the others. It was great fun to write and I could put them in whatever embarrassing situations I wanted.

What genre best fits for the book?
Surprisingly, I think that comedy would probably be the best genre. I don’t think that comedy is my strong point, but other readers have found it funny. Although it’s based on a joke, that’s really only one line in the book, but I seem to have added other humorous sections for my own amusement.

Are you working on something new at the moment?
I’m on the final edit of ‘Money Man.’ It was supposed to be printed earlier in the year but because of the content (counterfeiting money,) I couldn’t get it published anywhere. It outlines the fine details of counterfeiting and the publishers were afraid of potential litigation. Finally, after agreeing to take a lot of the detail out and having parts of it authorised by the PSNI (Police Service of Northern Ireland), it’s finally been accepted, so I’m looking at uploading it in October.

Do you have any tips for aspiring writers?
Easy, I read a lot and just write - brilliant prose, appalling crap - just get it down. The idea of getting 1 paragraph or 1 page perfect just stifles the creativity. You have to get it out of your head as quickly as possible. The more you write the more you learn, and then you start again with what you’ve learnt and do a re-write, then another, then another... With every re-write new ideas come into play that enhance the story, but it means that once you’ve finished the first draft, you’re really only starting.

Thanks for the opportunity Roy.

Posted by conniesbrother.blogspot.com at 10:37 PM