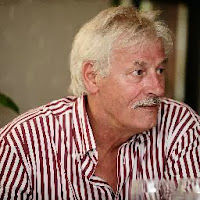 Interview with
Author of Killing Sands

Can you tell me a little about yourself?
My Nom-de-Plume is John Cleever.
I’m a veteran in the vision media industry, mostly working on feature films and television on four continents over forty years. I am married with four permanently young but ageing children.
Do you remember the first story you wrote?
The first story I wrote was a western screenplay in the Agatha Christie style; full of red herrings and misleading dialogue.
Were you inspired by someone or something?
I was inspired by my Father’s love of westerns and, being the head of the house, we tended to follow his lead.
What do you like about writing a story?
I’m keen on the concept of it being as much an adventure writing it as hopefully it will be for the reader. Writers can fiddle with reader’s emotions and my endings are never plotted; they happen as the story dictates.
Can you tell us about your book?
I’d much prefer you read it. It is a busy first novel and gathers pace as the action unfolds. Unlike many novels,  “ KILLING SANDS”  has two main plots that bump into each other at the crescendo.
What genre best fits for the book?
I’d place this book as a classic “goodies v baddies” action, adventure thriller; easy to read yet easy to put down.

Are you working on something new at the moment?
I’m always doing something, Roy. Currently, there are three feature film screenplays I’m helping to develop for next year and I’m dusting off a bunch of short stories I cobbled together a few years ago. All things being equal, they should be E published before Christmas, tentatively entitled “TRAVEL SHORTS”.
Do you have any tips for aspiring writers?
The best tip I could give would be to remind the writer his performance will be judged by “them” so don’t write it for “you”.
Where can people go to read your work?
My work is available on Amazon or via my website which is:-  http://www.davidballmovieman.com/writing.html
Do you have anything to add?


Thanks for giving me the opportunity to say a few words Roy and for allowing me to become a friend. This valuable service contributes to the creation of an awareness of writers you would probably never otherwise hear of, especially the non USA writers. Thanks so much for the use of the “apple box”. Be well, stay well and read well!  JC.

Posted by conniesbrother.blogspot.com at 2:08 AM