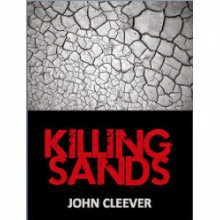 Intrigue, thrilling adventure, international killing, and police investigation all rolled into one novel is hard to pull off. Mr. Cleever does it by laying the foundation in the first part of his book and then the parts turn into events that shock and disturb the world.

A simple World War II event in Northern Africa ignites and changes the lives of those involved, especially that of a young boy. He sets his goals albeit not the most pleasant ones. Another, who does an act of heroism about the same time, will be the key in an attempt of destroying that boy’s goals.

Each has set their eyes on overcoming adversities to place themselves in a position of security. Only one in the end reaches their place of accomplishment.

A third person of interest is a professional killer at large and the world wants him found and neutralized. He lives the life of a negative James Bond that is provided financially by someone of means. He is invincible to the point that Interpol needs to get involved.

That is just a snippet of what the spine of this multi-layer novel is about. You won’t be confused by the interwoven plots, but you’ll be wondering when the clash will come. When it does, you’ll be glad you waited till the end.

Mr. Cleever’s prose is easy to comprehend and enjoyable for those who like to read detail about the plot. The dialogue was sometimes light hearted but mostly complimentary to the plot giving direction to the next scene.

The book is a long read that will keep your attention. All in all, it’s a book well written.