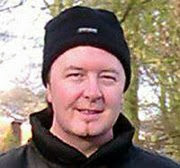 Interview with Mackenzie Brown
Author of Prince of the City

A little about myself:
I was born and raised in Liverpool, UK, and these days live just outside the City with my wife, two daughters and pet cat.

My inspiration for writing was borne out of wartime stories shared with me by my grandfather and personal hero, Angus Mackenzie Brown, a character featured in a book I hope to release in 2014.

I have many interests including running that helps me keep mind and body together. Literature is my passion though and I love to read and write.

I've published four novels to date and I’m soon hoping to release part two of the Prince of the City series – Nine Lives, after the process of proof reading and editing has been completed.

I feel genuinely humbled by the help and support afforded to me by fellow authors and feel part of a global writing community.

Do I remember the first story I wrote?
The first proper story I wrote was called ‘The Bearded Man’ and it charted a particular story my grandmother shared with me. It was a traumatic incident from her childhood and features in a book about my grandparents due for release in 2014.

Was I inspired by something or someone?
As stated above I was inspired to try and write after hearing my grandfather’s wartime stories. Previously I’d favored sketching as a pastime and was told I was rather good at it.

What do I like about writing?
I think I’m an improving story teller and I love a challenge. But my favorite part of the process is reading and editing the first draft. A rough first draft means I have a raw material to work with and I enjoy trying to improve upon it.

Can I tell you about my book?
Prince of the City is a homage to the works of Raymond Chandler and the like.  It’s a nior thriller with a nod to the United States, but set firmly in the City of my birth, Liverpool. Vic Prince is the great grandson of a man brought to Liverpool on the last ever slave ship and he lives in the black community during wartime 1940.

Unable to enlist because of flat feet and asthma, Prince works as a private investigator and becomes embroiled in case that involves national security.  Five books are planned in the series, the second to be released in early 2014, but this book introduces

Prince and a variety of characters featured in forthcoming releases. Prince is a man of high moral standards, who often finds himself dealing with those who do not always follow the same code. I’m pleased with the finished article and early reviews have been very good.

Am I working on something new at the moment?
Once Prince of the City #2 – Nine Lives is released, I plan to rewrite a book charting the early lives of my grandparents. The Book is called Annie’s War and takes place between 1914 and 1945. Then I plan to write part three in The Prince of the City series.

Do I have any tips for aspiring writers?
If you start something, particularly a first draft, complete it, even if you’re unhappy with the results. Once the first draft is completed, then the real work starts, honing and improving your raw material.

Get someone you trust to give you an honest review before you release it and take criticism on the chin, trust me it will make you a better writer in the long run.

Get your work proof read, edited and formatted before release. If you want somebody to pay for your work, they’ll expect all the three mentioned as a minimum, and even then they still might not like your work.

Where can people go to read my work?
Go to my website http://mackbrown.weebly.com/ where there are links to my books. Alternatively all of my books are available for Kindle at the following worldwide links;

Prince of the City #1 – The Cat’s Whiskers viewBook.at/CatsWhiskers-B00FJ6MT3G

The Book of Souls (An Imelda Stone Adventure #1) viewBook.at/TheBookOfSoulsAnImeldaStoneAdventure
They’re all available in paperback format at Amazon. US links for the USA are as follows;

I’d just like to thank Roy Murry, a fabulous author and reviewer for this opportunity to showcase my work. His support is always gratefully appreciated and reciprocated as often as possible.
My social networking sites;
*Twitter: @mackbrownbooks

Posted by conniesbrother.blogspot.com at 3:25 PM