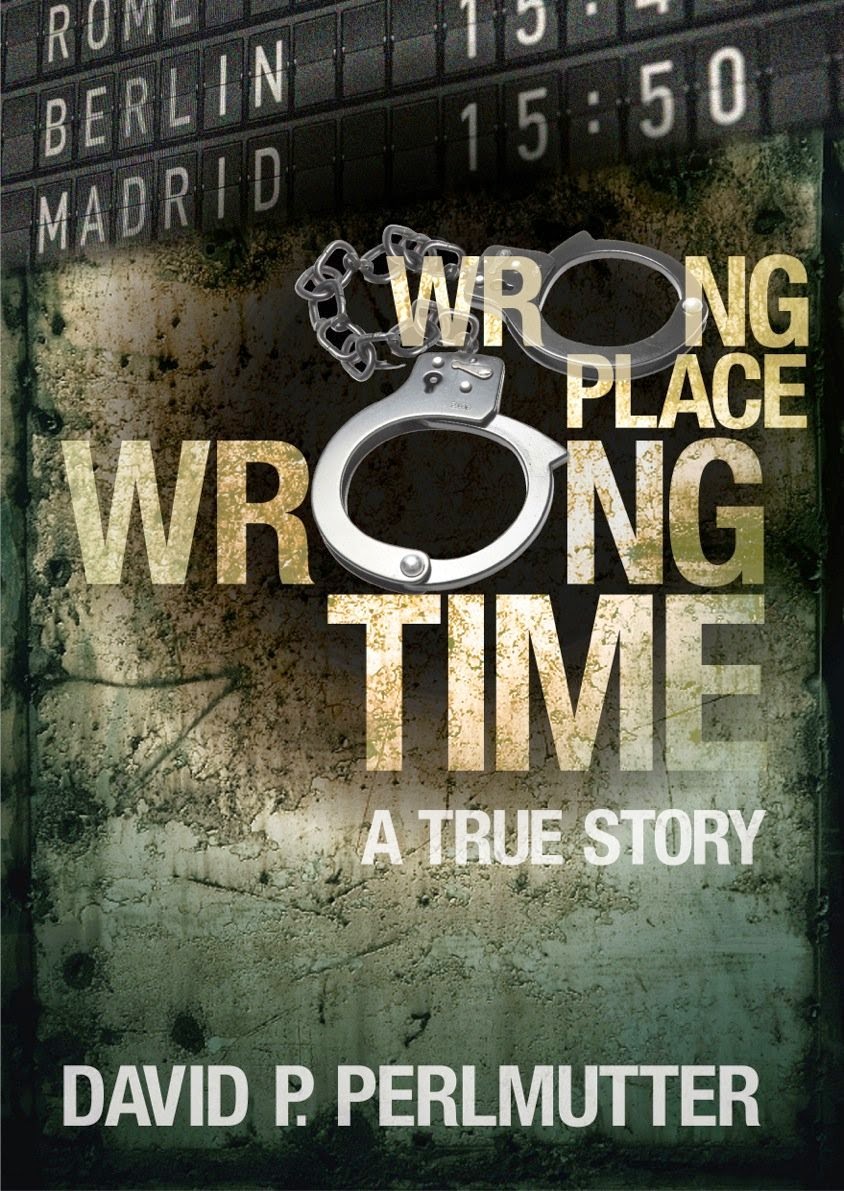 When we were young, our thought processes sometimes got confused either by lack of knowledge, by our emotions, or by some drug-induced states we put ourselves in. It was our up bring that brought us back to reality and got us through those befuddled state of affairs.

In Mr. Perlmutter’s Wrong Place Wrong Time, David is just about to mature into an executive with all his future laid out for him. Working hard in a profession he enjoys, an error in judgment he makes leads to the disruption of that life, leaving him on the outside looking in.

To comfort himself, he goes to a Spanish resort area to get away from it all and to reorganize his thinking, looking for a new future. All is going well for a short period of time until more conflict enters his life. What is one to do – go with the flow even if it is not where you want to go?

David does that but lands where no one wants to be in a foreign country – on the wrong side of the law because he thought he was doing the right thing. And no one was listening, other than his family back home.

This true story by the author has some misadventures to get into detail. What I will say is that David did the right thing in coming clean with his family, thereby freeing him from any guilt and allowing him to go forward with his life albeit not being a rosy situation.

The story was well written and gripping. It was somewhat of a cliffhanger at times that the reader will keep on going until the end. Good job for David P. Perlmutter’s first endeavor.

I have also read his My Way and got some great tips on marketing a book on the internet. Thank You, David. We have many of the same friends.

Posted by conniesbrother.blogspot.com at 12:07 PM