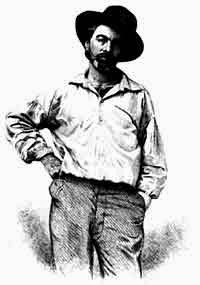 Walt Whitman’s poetry collection Leaves of Grass was an innovative group of poems because of its free-flowing verse. He writes about his philosophy of life and humanity.

Unlike, Emily Dickerson, who I wrote about was published a number of times in his life time. His poems conformed to the convention of the time; and he praises nature and the human action in it. He deemed the human mind as worthy of poetic praise.

He does this in his poems: "To Think of Time," "The Sleepers," "I Sing the Body Electric." He was also influenced by Ralph Waldo Emersion.

These poets were the background of American Literature and were required reading when I was in college. For me, they helped me understand the growth of America into a powerful force in World literature.

Posted by conniesbrother.blogspot.com at 9:50 AM