Review of The Sound and The Fury 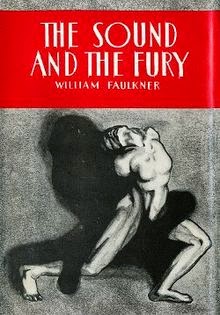 Faulkner’s The Sound and Th Fury

In William Faulkner’s novel The Sound and The Fury, he uses a new way of understanding of what is happening at a given point of time. It was called ‘Stream of consciousness.’ I learnt the method and applied it to my main character in my novel The Audubon Caper.

Faulkner’s style was so prolific that he won two Pulitzer Prizes for Fiction – A Fable and The Rivers. He was relatively unknown until receiving the Nobel Prize for Literature in 1949. It was his The Sound and The Fury I read for my American Literature college course.

This story of a declining Southern aristocrat family is broken down into four distinct sections of time. Each time period has a narrator who dabbles into the history of the family and its black servants. The narrators sometime rabble on, but their rabbling have a point – they are losing power over their society.

From a historical point of view, I found the background information as good as any historical novel I have read. And, I have read many.

I enjoyed the way Faulkner’s writing brought out the sorrow that happened in the South after the loss of the Civil War. It was a decline of an era where land owners ruled over the populous and the slaves made them money from the brutal work they did.

The Sound and The Fury: http://amzn.to/1CitVpb

Posted by conniesbrother.blogspot.com at 12:01 PM