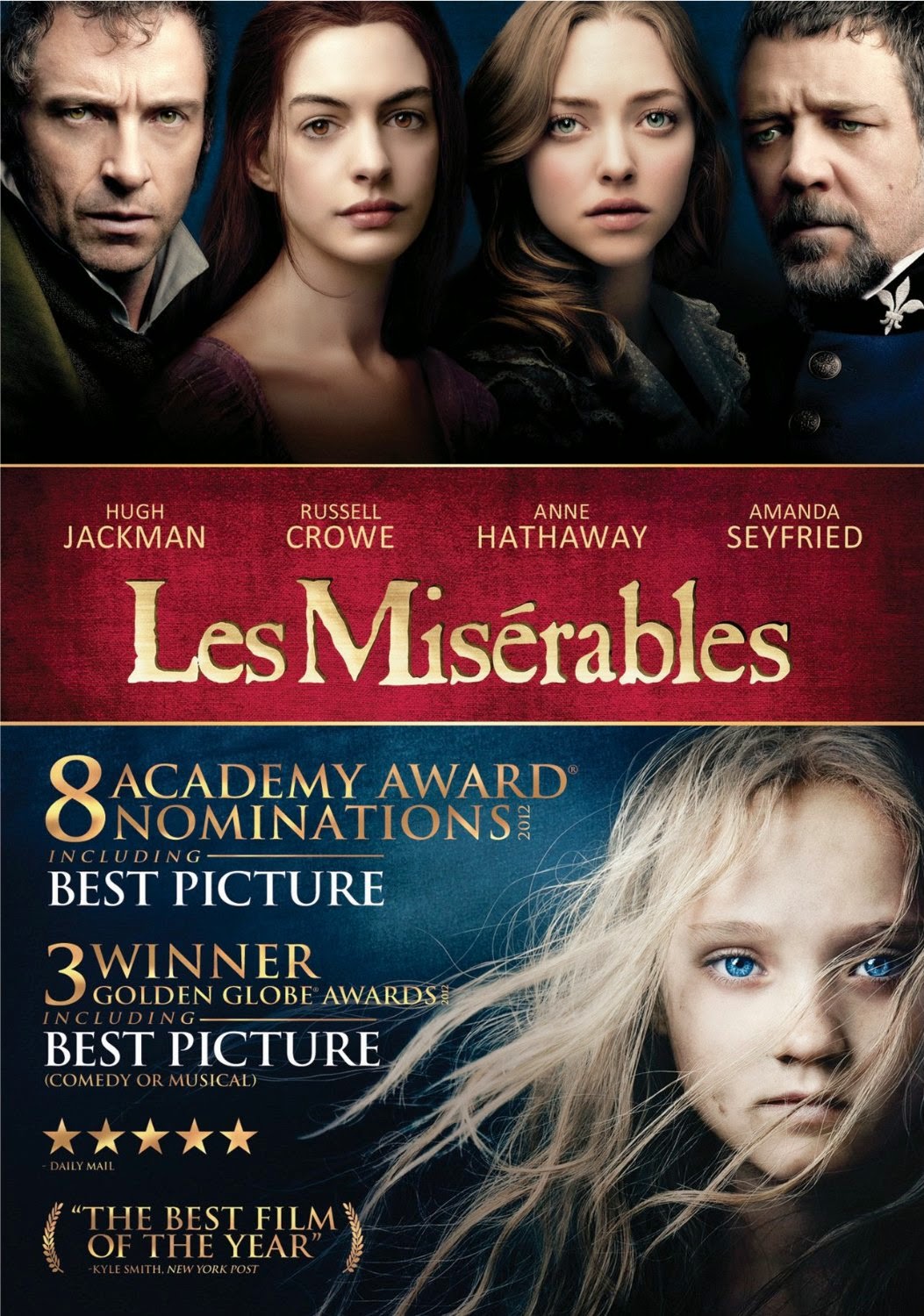 For stealing a piece of bread, a man (Jean Valjean) is imprisoned and then hunted down by Javert, a policeman for years. This version won eight Academy Awards. The awards worldwide are too many to mention.

I, like the Academy, agree that the acting and singing is super. It took me two years to get around to seeing it – I don’t like going to the movies – on TV.

The movie portrays the history of France before and leading up to their 1860s Revolution. Victor Hugo’s book comes alive through music.

Jean and Javert’s journey comes to an end. But you’ll have to see if you enjoy it.

The cast is huge, but the most important are: Hugh Jackman as Jean, who won the best actor; Russell Crow as Javert; Anne Hathaway as Fantine, who won best supporting actor; Amanda Seyfried as Cosette, Fantine's daughter; and many other excellent actors.

This story is about good overcoming evil, leading to a new beginning for France.
It’s just too long.


Posted by conniesbrother.blogspot.com at 12:00 PM