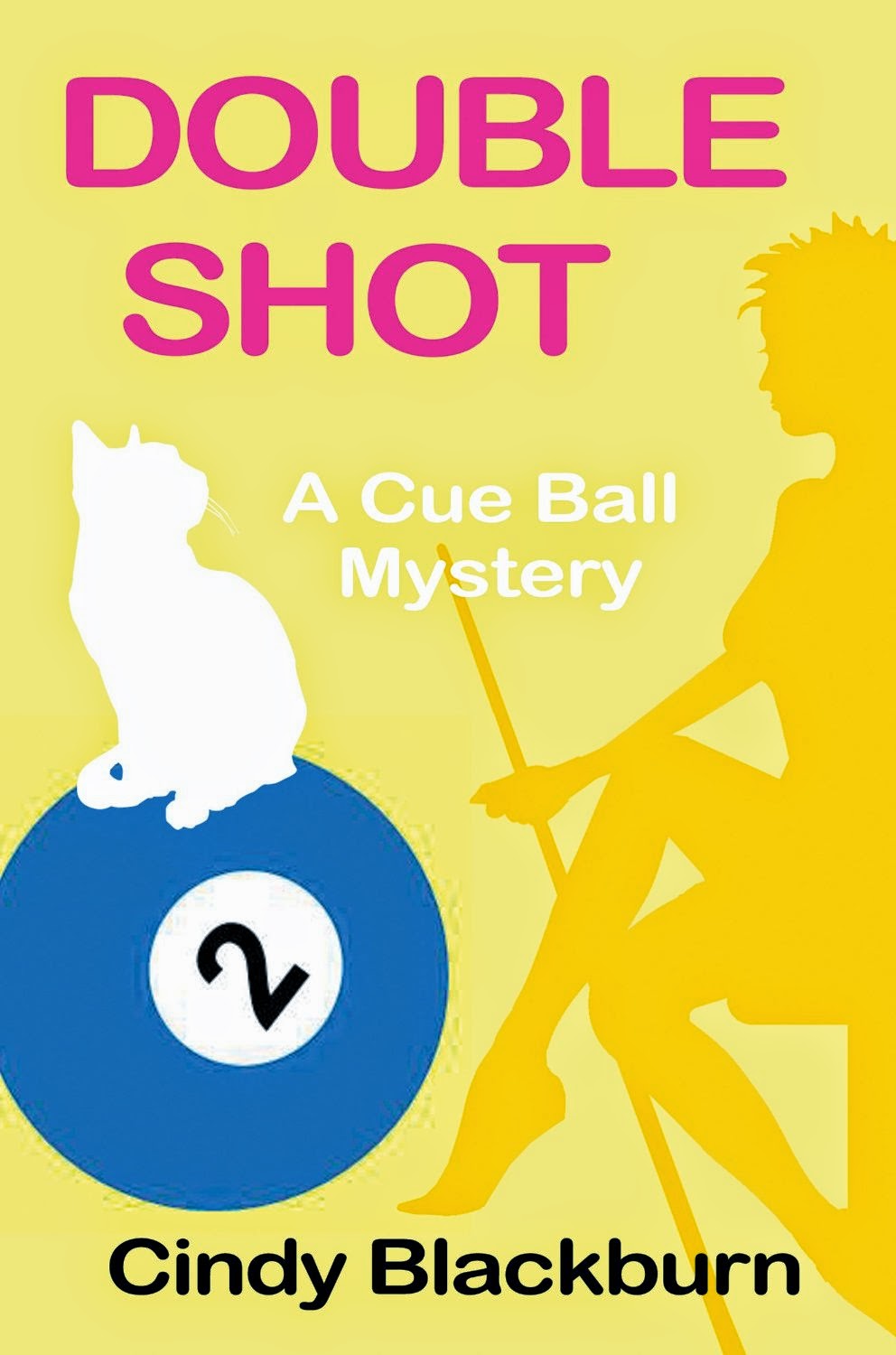 Double Shot hits all the pockets. Nine Ball is the game. Murder is the reason for the games that are played at Wade On Inn, where homicides were presumed to have taken place.

Jessie, the main character, is asked to do something out of pocket by her Captain of Detectives boyfriend. Her profession is writing romance novels, and her pool game gets her into the fray of a whodunit.

Accompanied by her girlfriends, Jessie navigates through a saloon population that is hiding the murderer in its mists. They all put in their time evaluating the suspects to an unexpected conclusion.

In the background, Jessie's beau is somewhat in control of the situation. But it is Jessie and her friends who do the investigating work on site.

The writing is upbeat, sometimes funny, and right on the Nine Ball. There is no clutter in Ms. Blackburn’s prose. She gets to the point, even using two animals, a cat, and a dog to upstage the humans humorously.

I recommend all of her mysteries. I have read and reviewed three. All of her novels are snappy in cadence and keep you involved. I’ll be back to enjoyed another.

Posted by conniesbrother.blogspot.com at 7:22 AM