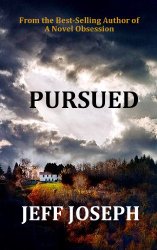 Boy meets girl, and the sparks fly. Neither was looking for love, but they found it through an endearing courtship. Romance is in the air.

Kat and Collin’s love affair reach heights that they thought was not possible. They became one in all respects, other than Kat being upfront about her paternal background. Because of his infatuation with Kat, Collin lets it be. It is what it is, as they say in today’s colloquialism.

All this changes when Kat, for Collin’s sake, breaks off the relationship; and she moves to what she considers safety from another person in her life. It is a threat that is looming, because of her parent’s unfortunate history with one unstable man, who is in a killing mood for revenge.

The story brings up many aspects of how we love one another and how we may become overly possessive. Where that line is drawn and when people cross it, is what leads to the conflicts in this adventure that may or may not go on blissfully, because the story doesn’t seem to be over.

That, of course, is up to author Jeff Joseph.  I’ll be watching to see what happens because I enjoyed the characters.
Although this is the second book in a novel series and having read book one, A Novel Obsession, in late 2014, PURSUED read like a new adventure to me. In reading it, the connections between the two were interwoven smoothly. Each can be read solely based on its content.

Posted by conniesbrother.blogspot.com at 5:58 AM