Review of A New Prospect 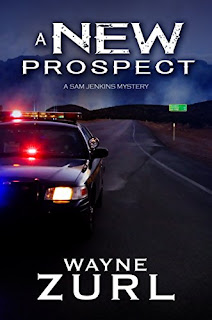 There is a new sheriff in town, literally and figuratively.  He is Sammy to his lovely wife and very close friends.

After retiring from an NYC police department at the ripe old age of fifty, he and his wife settled down in a small Tennessee town.  Reaching the age when many people do retire, sixty-four, he applies for and begins a new career as police chief of Prospect.

Not even a week into his new endeavor, a wealthy resident is found dead at a Car Show. This event is when his and that of his new work environment come into conflict over Sam's abilities to conduct the murder investigation.

His style endears some and his respect increases as Sam goes about business even though hindered by his boss and wealthy individuals. The chief's secret investigation takes interesting turns, and how he conducts himself sets the tone for future series novels.

Mr. Zurl's understanding of the human character comes across in his prose especially in applying Sam's NYC artistic abilities to Tennessee's simple slow pace of life. Stimulating, sometimes comical, and natural flowing, you'll enjoy the characters in A New Prospect.

I have read other novels by Wayne and will return for more.

Posted by conniesbrother.blogspot.com at 3:17 PM