Review of Kings And Queens 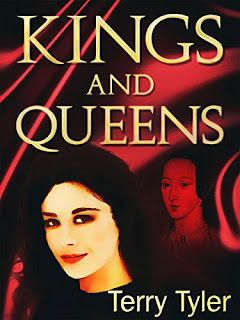 This Contemporary Drama of Harry and the Lanchester Dynasty rivals with the American television drama series Dallas (1978 to 1991) and Shakespeare's Henry VIII. Knowing Terry Tyler's writing, I have read a few of her books, I decided to read a genre I usually do not - expanding my horizon. LOL

Will his best friend lead the commentary, while each of Harry's sexual partner's sign in, giving their interpretations of how they met, loved, lived, and enjoyed Harry's company, whether they stayed in it or not? Harry speaks through them.

As each well-written chapter developed, the reader gets to know the 'Haves' from the 'Have not's.' Harry is one of the 'Haves,' born into money and pushed into the throne of a wholly owned family company at an early age.

How he deals with the company, his wives, and his lovers tells us a story of a man who is expedient and lavishes the ones he cares for in his orbit. Harry's narcissism, lack of self-control, amiability, and gut feelings lead him to not care much for his future.

However, Harry's luck in business and the stability of a hard rock company founded by his grandfather goes on, while Harry and his children move into different dimensions. The Dynasty goes on to the next era led by his children with the youngest child, a male, at the helm.

Will the Dynasty survive? Only Terry Tyler knows if she writes the second book in this possible series. I would enjoy that read as I have this drama.

Posted by conniesbrother.blogspot.com at 1:06 AM