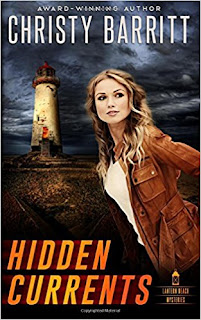 A light-hearted mystery headed by a female veteran detective hiding from criminals on a tourist island is the theme. Everyone is easy going on the island except for Barritt's protagonist, Cassidy, her aka.

Being the person, she is, and an officer of the law in another State of the USA, she gets involved with a murder on the beach. Intermingling with the locals and the tourists, she finds herself involved in a way she never had before: meeting friendly people, one of which she helps immensely.

Keeping her wits about, she engages people she would otherwise not in her other life and feels better about herself. Investigating the crime is the center of her ambition, but maybe feelings for another could endear her to the island life, he, helping Cassidy to try and solve the murder.

Some twists and turns that keep the reader engaged. The characters are developed enough to move into a second book in the series.

When I came to the end of this novel, I thought, "Is that all there is?" Well, of course not, because there is Book 2 in the series.

Posted by conniesbrother.blogspot.com at 3:42 AM