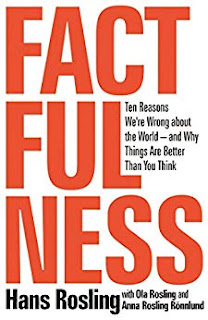 After passing away from cancer Hans' family, Ola and Anna published this exciting book, written by Hans, about why people are wrong about their conception of the world and the facts they misconstrue. Hans' gives the reader much to think about in the way he presents his FACTS.

He uses a number of the four-level scale of human groupings to give the reader a new conception of the world around us - poverty to wealth. One example is the poorest use their fingers (Level 1) to brush teeth while the wealthy use power run toothbrushes (Level 4).

He notes that there is no room for facts when fear and prejudices occupy our people's minds - we and them ideologies.  "...the simple and beautiful idea of equality can lead to a simplistic idea that all problems are caused by inequality, which we should always oppose; and that the solution to problems is the redistribution of resources, which we should always support," is Rosling's solution to the health wealth of the world.

The resolve of how this world solution can be put into practice is the crux of Hans' 'FACTFULNESS.'   The reader may agree with him or not, but he sets forth some challenges we all can understand even if it is not in our powers to change them.

This book is an intellectual read for the none intellectual. Worth the read to know more about the world 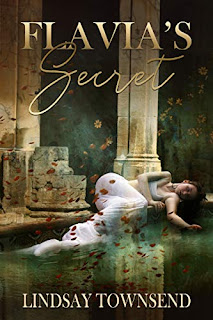 Flavia is a young Celtic slave during a time when Rome ruled the world, 204 AD. Her master is a Lady who dies of strange circumstances and a Roman male, Marcus, comes from Rome to rule the house.

Beauty and intelligent, the Roman desires her, which presents many problems. Flavia and Marcus mentally entangle, and their words conflict with their desires, but life 'moves on' in a city on the sight of hot springs in what is now England.

An intriguing subplot interferes with the relation leaving doubts in both their minds of each other's true feelings. Both have hurdles of faith to overcome to reach an amicable ending.

Flavia's confrontation with the Roman mayor of the city in the City's Bath brings everything to a head which the reader of Romantic novels will enjoy to the end of this well-written novel.

I read a few of Ms. Townsend's novels, and I can say she has never disappointed me with her writing. She brings the pass into her endeavors which I love.

Posted by conniesbrother.blogspot.com at 3:53 AM No comments:

English novelist Orwell's dystopian novel published as Nineteen Eighty-Four, 1984, in the year 1949. I first read the book in college as a project for my Literature course in 1973.

I decided to reread the Orwellian future to compare his account with the existing world order. Orwellian actions are used various times when uneducated talking heads on the TV refer to activities by some countries' leaders or their attempts at control outside the norm.

In many respects, Orwell was not far off the mark when one looks at the world as a whole. However, the fact is the world is getting better and not as controlling as he advised would happen - the whole surface of the earth is not conquered, and Big Brother is not watching you, at least not all the time. LOL

You'll need to read the story he tells of one who lived in a system where a country controlled his life completely. Today, some elites are trying to control humanity, but people are not stupid and are pushing back.

Read Orwell's account, and you will see what happens when there is no push back and independent-minded people. A time when a few people controlled your mind and physical being.

It's a long, dull, but fascinating discourse that will help the reader understand the current world situation.

Posted by conniesbrother.blogspot.com at 12:16 AM No comments: 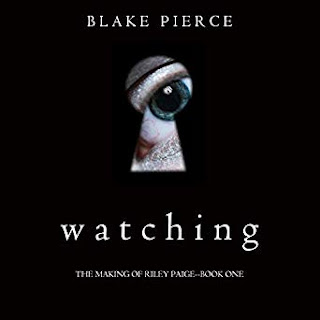 The Making of Riley Paige - Book One

I have read many Book One's of a series, and I can say that Blake Pierce has produced a novel which is in my top five favorites in the genre - psychological thrillers inclusive of a mystery.  I just made that up, but you know what I mean.

Riley, a psych major at college, has a background as a child that led her to the study of psychology - wondering why things happen to good people.  This investigation turns in to an obsession when a friend is killed in her bedroom a few doors down from Riley's dorm room.

That event snowballs into an intuitive nightmare that directs her into finding the murderer, who is closer than one would think. With the help of two professors, Riley gets to the truth of the matter, she feels after reading one of their masterpieces on criminal psychology.

Somewhat directed by an FBI criminal profiler, Riley learns a lesson she will never forget after a near-deadly event. She hasn't become of age, but with a little help from the FBI, Riley Paige will grow strong in her actions through intuition.

Great Psychological Thriller: https://amzn.to/2TKbtnJ
Posted by conniesbrother.blogspot.com at 2:21 AM 1 comment: 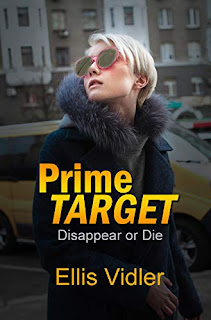 The WITSEC, better known as the Witness Protection Program was waiting for Madeleine to become a member after she saw her husband gunned down by a gangster. That event continued with another murderous one, targeting her.

Leaving the police and the FBI in search of her in New York City, she takes control of her life without government protection. The suspense begins - on the run from the mob and the government is nerve-racking which comes through in Ms. Vidler’s writing.

The reader feels Madeleine’s conflicts. She wants to live to put the SOB away for what he had done to her husband. However, how can she do this "on the run"?

All the events after she leaves NYC and finds her way looking for an apple farm can only be described as somewhat thrilling, melodramatic, and sensational. She acquires many new loves on this journey from her mental and physical prison to knowing who she is and what she wants.

With the help of new and old friends, her journey comes to an end to the reader’s satisfaction, but not in the way one would think - more suspense. Many twists and turns keep the reader’s attention.

It did mine
Posted by conniesbrother.blogspot.com at 11:27 PM 3 comments: