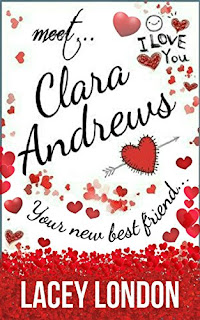 Do Americans mix well with the English? Oliver, a Texan, meets Clara Andrews in a light drama that has an unusual ending.

Clara is a newly promoted Assistant Designer at a company that designs clothing accessories, and Oliver is brought into the company as the head designer of a new product line - Clara's new boss for the duration of his design contract.

A Texan falling in love with a Londoner in the UK is a one in a million shot. However, Clara is not just an English woman; she has the qualities that Oliver would marry.

I don't have to say any more about this romantic novel. You follow the drift.

Ms. London, if that is her real name, brings the reader to the point of emotional climax with a twist that turns to disaster. When the end arrives, the reader will be surprised without explanation.

You'll have to read the next in the series to find out the end. I enjoyed Ms. London's characters and the story-line and may go on to book two sometime in the future.


Posted by conniesbrother.blogspot.com at 12:15 AM