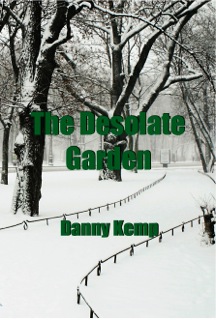 This should be easy so let me first confess something to you, I'm vain and like talking about myself. Usually I'm surrounded by people who only want to speak about themselves. I call them selfish and myself; misunderstood.
I will not bore you with my likes and dislikes; there are far more interesting people out there where you can measure your own against theirs. Instead, I will give you an example of what influenced my life. Just past my seventeenth birthday my Father died suddenly leaving me, his only child, and my Mother, who was verging on blindness. I was studying to be a Chartered Accountant, having changed my aspirations, from becoming a Helicopter pilot, on getting my 'O' level results from Shooters Hill Grammar School. I was a disappointment to both parents, having concentrated more on becoming a competent cricketer and the best open side wing forward never to play rugby for England than on my academic studies. Anyway, there I was on my way to the office when, without rhyme nor reason, I signed up to become a Police Cadet.
At the age of nineteen I was an up and running Police Constable, and here comes the thing. One day, whilst on duty, I found an eight year old boy who had been reported as missing from his home. Dutifully I returned him there to be greeted by a thankful Mother and a contemptuous Father sitting next to a roaring fire, stoking it with a steel poker.
When I saw the fear in his sons' eyes I knew immediately what had caused the inch wide festering wound on the boys face. I'll let you imagine what injuries I wanted to inflict on that man, but I didn't; and I've been ashamed of myself ever since. I had a short career in the 'Job,' but no less eventful. I was the first to arrive at three deaths. One a sudden natural death, one a very 'bloody' suicide and one, where a jealous soldier shot his wife full in the face with both barrels of a 12 bore shotgun. All three were horrific and disturbing, but nothing has haunted me as much as that eight year old wounded child. I wonder if he ever lived long enough to extract revenge on his Father.﻿ I guess, in the age that we all live, I shouldn't say that, should I?

More by something than someone. I was at work one sunny November day in 2006, minding my own business, stopped at a red traffic light when a van, driven incompetently, smashed into me. I was taken to Hospital and kept in for while, but it was not physical injuries that I suffered from; it was mental.
I had lost all confidence in myself, let alone those around me. The experts said that I had post traumatic stress disorder, which I thought only the military or emergency personnel suffered from. On good days, I attempted to go to work, sometimes I even made it through Blackwell Tunnel only to hear, or see, something that made me jump out of my skin, and the anxiety attacks would start.
I told my wife that I was okay and going regularly but I wasn't, I could not cope with life and thought about ending it.
Somehow or other with the help from my dear wife, and professionals, I managed to survive and ever so slowly, rebuilt my self-esteem.
It took almost four years to fully recover and become what I now am, somewhere close to what I was before that day﻿, but it was during those dark depressive days that I began to write.
My very first story, Look Both Ways, Then Look Behind, found a literary agent but not a publisher. He told me that I had a talent, raw, but nevertheless it was there. After telling me to write another story, he said that there were two choices open to me: One, wait for a traditional deal. At sixty-two, with no literary profile or experience; little hope. Two, self-publish through New Generation.
This, I'm delighted to say, I did.
The success of my story, The Desolate Garden, is down to my sheer hard work, luck, in meeting a film producer and the uncompromising stance taken by Daniel Cooke my publisher, who never 'massages my inflated ego,' as he so often puts it.

Playing with words and living the life of the characters I have created. My Father used to call me deceitful, by that I think he meant that I told lies and stories to conceal the truth. Not much different then, than writing a book!

It is a twisting murder mystery centered on a secret Government bank known as Annie’s, which is situated in Queen Anne’s Gate, Westminster. The bank has been managed, since its inauguration in the fourteenth century, by one family; the Earls of Harrogate and always by the youngest son born into that family.
Shortly after taking over the bank, in 2007, Lord Elliot Paterson starts to ‘modernise’ its affairs, leading to the discovery, in a hidden 1936 ledger, of an address in Leningrad, Russia. As he digs deeper he finds some unexplained initials, and an unaccountable missing fortune.
He suspects that his deceased grandfather, Lord Maudlin Paterson, has been funding a Russian spy and the family will be disgraced.
Six months after telephoning his estranged eldest son Harry, and telling of his suspicions, he is found murdered in his London home, in Eton Square.
Harry, already working for the Secret Intelligence Services, is recalled from the family home, the grand Harrogate Hall, to London to meet with the head of that mysterious department.
He stays at The Duke’s Hotel St James’s and on returning there, from that prearranged engagement, seemingly meets by ‘accident,’ an attractive women; Judith Meadows.
“Tell me a joke,” she says, enticing him from the lobby into the Martini Bar. “I’ve had a really shitty day and need cheering up,” she adds.
She plays him, until he believes that his luck is in, and then she destroys his hopes of bliss.
Calling him chauvinistic, she discloses that she works for The Home Office and is to be his case officer, in trying to unravel the circumstances of Elliot’s death.
As the story unfolds, the rubber band relationship between the two is paramount to the tale. Harry knowing more than he is willing to reveal and Judith having more knowledge of his family than he knows!

How did you come up with the story?

My wife and I were given as an anniversary gift, an invitation to a dinner and wine tasting event at Berry Bros. and Rudd, in St James’s Street London. Knowing that I would be drinking that night a booked a room at The Duke’s. One night, after returning home, I dreamt of such a meeting and built the story out of that.

What genre best fits for the book?
I didn’t believe that it fits a so called genre, the book is a combination of a thriller, romance and historical fiction. All in all, it’s an old fashioned adventure story.

I was writing another story, titled Mitzy Collins, and had completed about 56,000 words of it before the publication of The Desolate Garden, but all my time is taken up by promotion of that novel now, so I have stopped writing.
It is a moralistic tale of how lies, told by influential people covering up the death of a seventeen year old, affect the life of Mitzy, a successful photographer, told by her dead twin brother in a third person narrative.
If the film, for which I have been paid for the option, is made, then I will be able to afford time away from driving a cab and then, maybe, I can continue.

I am neither old enough, nor wise enough to advise anyone.

Which authors inspire you?

I have read a wide range of authors, but two would stand out: John Fowles, with ‘The French Lieutenant’s Women’ and ‘Daniel Martin,’ and John Le Carré, with all the ‘Smiley’ novels.
On two occasions I picked up, in my London cab, the late Sir Alec Guinness who played the part of George Smiley in the BBC production of Tinker, Tailor, Soldier, Spy.

It is on forty odd internet sites worldwide, including all Amazon sites, and its accessibility can be found here;
http://www.bookbutler.com/compare?isbn=9781908775924

It is in all major UK Bookshops including Waterstones, where it is available in 48 hours.
http://www.waterstones.com/waterstonesweb/simpleSearch.do?simpleSearchString=The+Desolate+Garden&typeAheadFormSubmit=

Where can people find you on the internet?

Posted by conniesbrother.blogspot.com at 5:07 AM