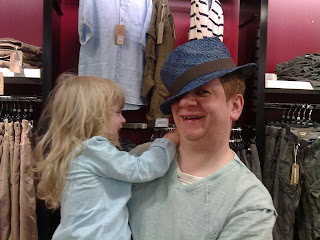 Author of
The Bones Of Odin, Book 1
Matt Drake Series

I’m a UK author who enjoys writing in many different genres. My Matt Drake action/adventure series has been very successful in the UK and US. Chosen, the first in my supernatural thriller series, has also proved to be quite popular. I am married with two beautiful young daughters, aged 1 and 4. I also work a full-time job and find a little time to write on an evening.

Oh yes, I have a lasting memory of the first book I wrote – a horror story called Claws which I submitted to a publisher whilst still at school. They lost it. This was my first experience of publishers.

I was inspired by the hundreds books and stories I devoured whilst in my teens. Fantastic tales read by Stephen King, Graham Masterton, Tolkien and Donaldson, H.P.Lovecraft and David Eddings.

I love developing the story from scratch and seeing where it takes me, the further afield the better. For example I’ve always wanted to write a passage where one of my characters gets cast adrift at sea and finds a desert island. The next Matt Drake book gives me the perfect chance to do that – it actually fits right into the plot, which excites me no end. Can’t wait to start!

The Bones of Odin is the first in an initial four part series. Here is a sample from the blurb –
Did ancient Gods like Odin and Zeus and Thor once really exist?
The time has come for a grand adventure filled with high excitement and explosive action.
Matt Drake, a retired SAS officer, must unravel a mystery older than time in his search for the Nine Pieces of Odin. Though scattered eons ago, it is believed that once the Pieces are reunited they will show the way to the Tomb of the Gods- the greatest archaeological find of all time.
From a rocket attack on the Louvre to a battle in a Swedish cavern, from a daring helicopter raid on New York's National History Museum to an assault on a gangsters mansion in Hawaii, Matt Drake must find the world's oldest treasure in one of the wildest places on earth, searching for the very bones of the Gods with the spoils of victory being the entire world.

It was written for the Action and Adventure genre.

I have just finished the fourth book in the Matt Drake series, entitled The Tomb of the Gods, and  I am currently plotting the fifth whilst also developing a brand new series in the Action/Adventure genre. I am also fine-tuning books 2 and 3 of the Chosen Few trilogy, which I've been fully planned for some time now.

I would say – if you love writing just keep at it. Don’t let anything dissuade you. At the end of the day, if you love what you are doing then the success doesn't really matter. If there are any aspiring Indie authors reading this there are some beginner’s tips on my blog under the title ‘EBook Publishing (A brief guide for beginners).

Just, thanks for having me, Roy. Our indie community is thriving at the moment so here’s to a great 2013!

Posted by conniesbrother.blogspot.com at 11:00 AM