Review of Feast Day of Fools 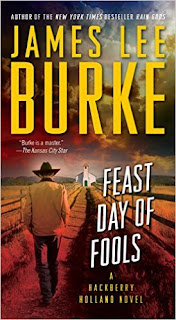 There is so much going on in this thriller that a list of characters should be provided. It took me awhile to figure who the main characters were because each is brought into the scheme using hyper descriptions.

Mr. Burke’s novel is character driven, placing them into an unusual story where everyone seems to be criminals except the Sheriff Hackberry Holland, his deputies, a Chinese lady and a few others. Interestingly the criminals with their extremely complicated nasty foolish background, clash throughout the novel upsetting an American town.

Basically, this multilevel story with the backdrop of the Mexican border is a simple good against the evil narrative. The spectrum of good to evil and all its shade between is brought out using the characters personalities.

When the characters collide in a fight to show their superiority, again, Mr. Burke leaves the reader thinking – wow, that doesn’t seem right. His detailed style exposes leaves one wondering – are there people like his characters: so complicated. The answer is yes, we are all complicated beings.

Mr. Burke’s has written a well thought out novel, but I believe that his over description of each character slows down the beat of his prose. Less sometimes is better, leaving the reader to imagine a little.

However, the novel is worth the read. His more in characterization keeps the reader wondering what that character will do, and they don’t do what the reader may think while reading the beforehand narrative.

Review of THE PRETTIEST ONE 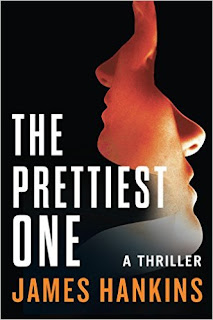 A Thriller by
JAMES HANKINS

Mr. Hankins writing keeps the reader engaged by opening intriguing doors. The first one is the front door of the lead character’s home. When opened, Caitlin/Katie is completely disoriented going through it.

Her husband, who is on the other side of that door, opens it, and her past comes into some focus. Where has she been all this time? What has she been doing? Did she kill someone?

Those questions and her real identity come out after the two of them proceed to literally and figuratively open many doors.  When the other doors open, you are lead on an interesting so journey of murder, theft, pedophilia events and criminality that unravel this thrilling ride through the protagonist’s life.

Locked in her mind is the answers.  They are so deep-seated because of her physiological state; she doesn’t know them. The doors must be opened to free her from her past.

Mr. Hankins’ writing keeps the reader on the edge while explaining how each character's story. Those individuals are colorfully put together.

Hankins’ main character has another side to her that appears when her brain clicks into a situation behind some of the doors. Her husband is confused, and her boyfriend is amazed, apprehensive about his part, and feels cheated.

The three reached the end of the complicated journey, walking through environments they thought they would never go through. It’s an adventure you’ll enjoy if you like THRILLERS.

Buy at Amazon:  http://amzn.to/1Tnwlhw
Posted by conniesbrother.blogspot.com at 3:08 AM No comments: 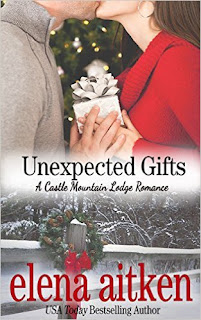 You have been hurt by a relationship that went south. This is what happened to the two main characters. Each is getting away from the proximity of their situation, ending up in a predicament that they try to make the best of.

They converse, comingle to the point of complete intimacy, and reach a level of personal comfort they have not experienced in a long time. Their friendliness and possible love commitment are put to the test when their individual history is confronted head-on by an unexpected interference of the past.

The winter wonderland environment surrounds the mating process, and each is enjoying the results. Love is in the air, and both adults are still questioning the symptoms of their relationship.

The novel comes to a peak with the results of this romantic comedy close to dissolution.  The couple, Andi, and Colin will end up with memories. Only by reading this well-developed story will the reader be filled with their romantic fix for the day. I read it in one sitting.

The novel is put together to gently push the reader onto the next chapter/ episode in the couple’s life. It’s a series, so one must be content for now with the somewhat unexpected conclusion, and will want to see where the couple goes from Castle Mountain Lodge.

Posted by conniesbrother.blogspot.com at 2:05 PM No comments:

Review of The Delphi Chronicle 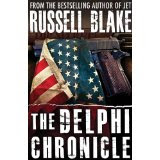 THE DELPHI CHRONICLE
THE MANUSCRIPT

There are conspiracies and people’s paranoia which leads them to think a conspiracy has accrued. In Mr. Blake’s DELPHI CHRONICLE, one is to believe that a manuscript has the answer to the government’s control of the global criminal activity.

No names are named, and the reality of the disclosure of the full documents of that movement is in question. However, essential elements are eliminating all who have come in contact with the Chronicle.

Mr. Blake’s protagonist is out of town, so to speak, avoiding confronting the situation head-on. He is trying to preserve his position, thereby getting to the root of the dilemma before him.

In the excerpt of THE MANUSCRIPT, you can understand why Mr. Blake is a best-selling author. Include in this book, are extracted from other novels: King of Swords and Geronimo Beach.

I can say that Mr. Blake’s writing is a thrilling motion. However, this "Come on" is good but left me hanging and if cared to find out the end, I would need to buy another book. It's a good promo gimmick. I recommend you purchase the novel which I believe might if I can remember to put it on my read list.

Posted by conniesbrother.blogspot.com at 1:29 PM No comments: 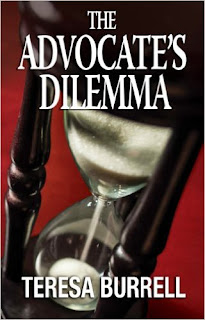 Attorney Sabre, who protects the rights of children, is put in an awkward position at the beginning of this dramatic novel. With the help of her personal detective JP, she tries to get to the root of this stressful predicament she and her clients are the centers.

Finger pointing and alternate suspects don’t lead to the culprit of the situation that is dividing family members including the two boys Sabre have vowed and legally needs to protect. It is embroiled in human abuse where parents use their children for personal gain.

This intriguing story will peak your interest into how people manipulate others to get what they want: love, drugs, sex, or comfort. Ms. Burrell puts it together into plausible events that may positively shock the reader.

Dilemma is book four in a series, but the story stands alone.

Posted by conniesbrother.blogspot.com at 6:35 AM 2 comments: