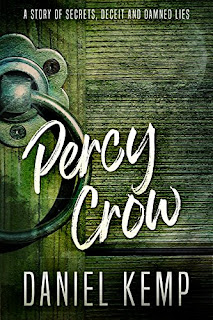 When asked to investigate the who, what, where, and why of Percy Crow’s demise, Lord Harry Paterson, Mr. Kemp’s main character, gets involved knowing that something is rotten in Denmark. In this case, it’s United Kingdom’s high society.

There is enough criminality to go around, internationally and locally. The enormity of Percy Crow’s involvement extends beyond his depravity and that of why he does what he does to pay back the center of his festered anger.

The story has its twists and turns that lead back to people close to Lord Harry, putting him in a position of a somewhat savior in the eyes of an ex-lover. Harry closes the case for all concern and leaves the reader wanting to know what comes next.

Mr. Kemp’s British tongue-in-cheek is understandable for us across the pond and doesn’t interrupt the flow of the storyline. When his writing gets to the point, there is an intriguing explanation of Percy Crow’s, English High Societies’, and Lord Harry’s involvement.

The truth comes alive – government officials can’t be allowed to overstep their power.  In this case, they are stopped by a deranged complicated man – Percy Crow.

I enjoyed the characters, the adventure, and would like to read what Lord Harry will get his head around next.

Posted by conniesbrother.blogspot.com at 2:52 AM