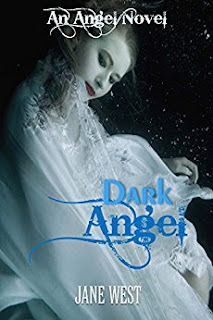 This is the second in a series, and I generally don’t read the second book in a series. However, Ms. West’s first, I enjoyed completely.

Stevie, the main character, is free from confinement for crimes she didn’t commit. Coming out of a drugged induced environment, she returns to a comfortable situation but realizes that something is missing.

The world she was held in took something from her that is part of her existence. She wants to return to that parallel to get back what was taken from her. Her abilities are not fully developed, but she pushes on to her goal.

In her quest, Stevie comes in contact with others somewhat of her kind, one of which she has affections for, as he for her. But conflict does not slow Stevie from her goal.

Reaching her goal is near when the world is coming apart, and all is not well when this fast-paced fantasy comes to an end that leaves open the door for the next in the series. Jane West leaves you wanting for more of this fantastic adventure of a young woman who metamorphosis into an Angel of another world.

Posted by conniesbrother.blogspot.com at 2:04 PM